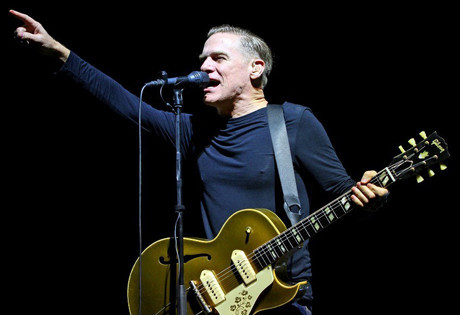 Start by filling out our no-obligation entertainment request form to check pricing and availability for Bryan Adams or whoever else you may want.

Our Bryan Adams agent will be happy to help you get Bryan Adams's availability and booking fee, or the price and availability for any other A-List entertainer, band, comedian or celebrity you may want for your corporate event, private party, wedding, birthday party or public show.

Bryan Adams’ fourth album, Reckless, skyrocketed him to success in the United States. Adams’ album is considered one of the most iconic albums of the 1980’s, and although his third album Cuts Like a Knife had already garnered him notable recognition in Canada, it was Reckless that gave Bryan Adams his first Grammy nomination and led to a career that would span well into the twenty-first century.

Bryan Adams’ single "(Everything I Do) I Do It For You,” featured in the 1991 film Robin Hood: Prince of Thieves, topped the United States charts and still holds the distinction of the longest running number one single thus far in British music history. "Heaven", "All For Love” and "Have You Ever Really Loved A Woman?” have also all topped the charts in the United States. In addition, Bryan Adams’ soundtrack to the film Spirit: Stallion of the Cimarron  went gold in the United States after its release in May of 2002.

Adams followed these achievements with Room Service, which was released in 2005, and its first single, “Open Road.” Also released in 2005 is The Bryan Adams Anthology, a collection of twenty-five years of recording in a two-disc set. The album debuted at number one in India, Canada, and Switzerland, and at number two in Europe. “I Thought I’d Seen Everything” was Adams’ first single off the album.

For a number of years following, Bryan Adams was rather quiet. Focusing instead on his photography work, Adams began doing award-winning print work for magazines such as Vogue, Vanity Fair, Harper’s Bazaar, GQ, and Esquire magazines, to name a few. He published the critically acclaimed and profound photography book Wounded—The Legacy of War in 2013, and even photographed the Queen upon invitation for her birthday.

Adams also founded The Bryan Adams Foundation, which seeks to advance educational opportunities for youth around the world. In addition, for his numerous charitable performances, Bryan Adams was awarded the Allan Waters Humanitarian Award on January 13th, 2010, and for his contributions to the arts and arts education, he was given the Governor General's Performing Arts Award on May 1st of that same year.

Bryan Adams shows no signs of slowing down, as a musician, photographer, or philanthropist. He resurfaced in the music world in 2014 with the album Tracks of My Years, and then his first new album of all new material, Get Up, in the year following. An extensive tour running through the fall of 2017 followed, with sold-out shows throughout the nation.

For more information on booking Bryan Adams, please contact Booking Entertainment. One of our top booking agents will be happy to work on your behalf to get you the best possible price to book any big name entertainer for your upcoming public, private or corporate event worldwide.

Booking Entertainment works to get the best possible Bryan Adams booking fee and Bryan Adams price for our clients while also providing the celebrity or famous entertainer with the level of professionalism and industry norms that they expect from an event run by a professional booking agency and production management.

Booking Entertainment uses our agency / management relationships and over 25 years of production experience to help buyers of headline / top name entertainers and does not claim or represent itself as the exclusive Bryan Adams agent, manager or management company for any of the artists on our site.

Booking Entertainment does not claim or represent itself as the exclusive booking agency, business manager, publicist, speakers bureau or management for Bryan Adams or any artists or celebrities on this website.