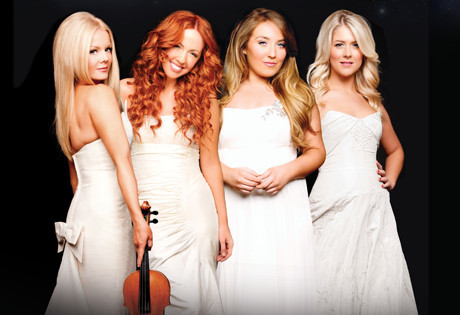 Start by filling out our no-obligation entertainment request form to check pricing and availability for Celtic Woman or whoever else you may want.

Our Celtic Woman agent will be happy to help you get Celtic Woman's availability and booking fee, or the price and availability for any other A-List entertainer, band, comedian or celebrity you may want for your corporate event, private party, wedding, birthday party or public show.

Celtic Woman came together in 2004, when David Downes, former musical director of Riverdance, assembled four Irish female musicians to create a vocal ensemble to perform Celtic songs in the style of Enya, Clannad, and Loreena McKennitt. After adding a fiddler to the group, they became Celtic Woman. While the lineup has changed over the years, the repertoire of traditional Celtic songs blended with more modern ones performed in a Celtic style, has not.

Celtic Woman was recorded for PBS during their performance in Dublin, Ireland in 2004. It was broadcast the following year and only weeks later Celtic Woman’s debut album had reached number one on the World Music Chart. It remained there for an astonishing eighty-one weeks, until it was unseated by Celtic Woman: A Christmas Celebration, breaking records for chart-topping longevity.

For more information on booking Celtic Woman, please contact Booking Entertainment. One of our top booking agents will be happy to work on your behalf to get you the best possible price to book any big name entertainer for your upcoming public, private or corporate event worldwide.

Booking Entertainment works to get the best possible Celtic Woman booking fee and Celtic Woman price for our clients while also providing the celebrity or famous entertainer with the level of professionalism and industry norms that they expect from an event run by a professional booking agency and production management.

Booking Entertainment uses our agency / management relationships and over 25 years of production experience to help buyers of headline / top name entertainers and does not claim or represent itself as the exclusive Celtic Woman agent, manager or management company for any of the artists on our site.

Booking Entertainment does not claim or represent itself as the exclusive booking agency, business manager, publicist, speakers bureau or management for Celtic Woman or any artists or celebrities on this website.