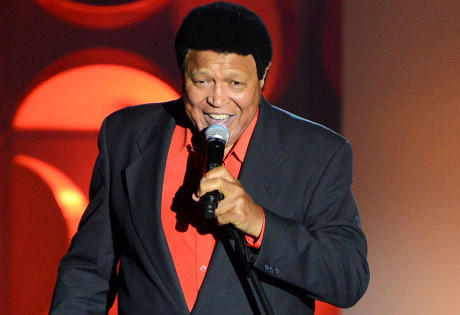 Start by filling out our no-obligation entertainment request form to check pricing and availability for Chubby Checker or whoever else you may want.

Our Chubby Checker agent will be happy to help you get Chubby Checker's availability and booking fee, or the price and availability for any other A-List entertainer, band, comedian or celebrity you may want for your corporate event, private party, wedding, birthday party or public show.

American pop legend Chubby Checker was born as Ernest Evans in 1941 in South Carolina. Before he reached the age of ten, the young Ernest was performing harmony vocals with friends, and by the time he began his high school studies, he’d become a self-taught piano player.  It was a lucky break that led to a local store owner arranging for Evans to meet up with Dick Clark for a performance, after which time he began using the name Chubby Checker.

Chubby Checker’s first single, “The Class,” was released in the late 1950’s, although it was not welcomed with great success. But a recording of the Hank Ballard & the Midnighters song “The Twist” in 1958 proved to be the breakthrough Chubby was looking for.  Chubby Checker immediately found himself with a number one single, and the song bounced around the top ten for 1960 and into 1061, becoming the first record in history to reach the number one status more than once, more than a year later.

Additional hit singles from Chubby Checker arrived in the coming years: "Do the Pony,” "Let's Twist Again," "The Fly," "Slow Twistin'," "Limbo Rock," and "Popeye the Hitchhiker." Chubby Checker would end up with thirty-two hits that made it to the top of the charts between 1960 and 1966, at which time his popularity dwindled and he began to frequent nightclubs. By the 1970’s, Chubby was a key player in oldies performances and tours, but his music remained among the most enduring and longest lasting from the 1960’s era.

In the 1980’s, Chubby Checker released the album The Change Has Come, finding hits with the singles “Harder Than Diamond” and “Running.” Before closing out the era, Chubby Checker found himself with another top forty hit when the Fat Boys’ released a rap version of “The Twist,”  and in 2008 Billboard confirmed “The Twist” as one of the most popular singles to have ever appeared on the chart.

Today, now in his seventies, Chubby Checker continues to perform and record on occasion. He released a brand new single, “Changes,” in 2013 and later that same year he was recognized by the Artists Music Guild with the Sandy Hosey Lifetime Achievement Award.

For more information on booking Chubby Checker, please contact Booking Entertainment. One of our top booking agents will be happy to work on your behalf to get you the best possible price to book any big name entertainer for your upcoming public, private or corporate event worldwide.

Booking Entertainment works to get the best possible Chubby Checker booking fee and Chubby Checker price for our clients while also providing the celebrity or famous entertainer with the level of professionalism and industry norms that they expect from an event run by a professional booking agency and production management.

Booking Entertainment uses our agency / management relationships and over 25 years of production experience to help buyers of headline / top name entertainers and does not claim or represent itself as the exclusive Chubby Checker agent, manager or management company for any of the artists on our site.

Booking Entertainment does not claim or represent itself as the exclusive booking agency, business manager, publicist, speakers bureau or management for Chubby Checker or any artists or celebrities on this website.