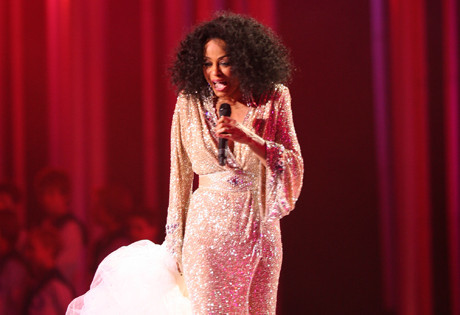 Start by filling out our no-obligation entertainment request form to check pricing and availability for Diana Ross or whoever else you may want.

Our Diana Ross agent will be happy to help you get Diana Ross's availability and booking fee, or the price and availability for any other A-List entertainer, band, comedian or celebrity you may want for your corporate event, private party, wedding, birthday party or public show.

As a teenager, Diana Ross began singing with her friends Florence Ballard, Barbara Martin, and Mary Wilson. Two of the three – Diana Ross and Ballard – would eventually go on to become the worldwide sensation known as The Supremes.

In 1969, Diana Ross launched a solo career, and within one year had reached the top of the charts with singles such as “Ain’t No Mountain High Enough” and “Reach Out and Touch Somebody’s Hand” in 1970. But it was her portrayal of Billie Holiday in the biographical Lady Sings the Blues in 1972 that garnered Diana Ross not only an Academy Award nomination for Best Actress, but also a highly successful soundtrack. The years 1975 and 1978 saw Diana Ross return to the screen in The Wiz and Mahogany. Her 1980 album Diana brought the hits “I’m Coming Out” and “Upside Down,” and Muscles in 1982, written by her dear friend Michael Jackson, brought additional hits.

Her accomplishments in the new millennium have been numerous as well. In 2005 Diana Ross recorded a duet with Rod Steward, “I Got A Crush on You,” for his album The Great American Songbook, and in 2006, Motown released a collection of jazz standards, titled Blue, after Diana Ross filmed Lady Sings the Blues. The following year, she was awarded BET’s Lifetime Achievement Award and a Kennedy Center Honors, and three years later she launched a headlining tour dedicated to her dear friend Michael Jackson, who had recently passed away.

Despite her achievements, it wasn’t until 2012 that Diana Ross received her first Grammy, a Lifetime Achievement Award, and was selected to announce the nominees for Album of the Year. In May of 2012, For One and All, a collection of Diana Ross’ performances from Central Park, was released. She most recently received the Presidential Medal of Freedom in 2016.

Diana Ross continues to perform and record. Considered one of the most successful dance artists of all time by Billboard Magazine, she tours regularly; her most recent tour, In the Name of Love Tour, launched in 2013 and continued into 2017. She also began another Las Vegas residency, Endless Memories, in 2017.

For more information on booking Diana Ross, please contact Booking Entertainment. One of our top booking agents will be happy to work on your behalf to get you the best possible price to book any big name entertainer for your upcoming public, private or corporate event worldwide.

Booking Entertainment works to get the best possible Diana Ross booking fee and Diana Ross price for our clients while also providing the celebrity or famous entertainer with the level of professionalism and industry norms that they expect from an event run by a professional booking agency and production management.

Booking Entertainment uses our agency / management relationships and over 25 years of production experience to help buyers of headline / top name entertainers and does not claim or represent itself as the exclusive Diana Ross agent, manager or management company for any of the artists on our site.

Booking Entertainment does not claim or represent itself as the exclusive booking agency, business manager, publicist, speakers bureau or management for Diana Ross or any artists or celebrities on this website.