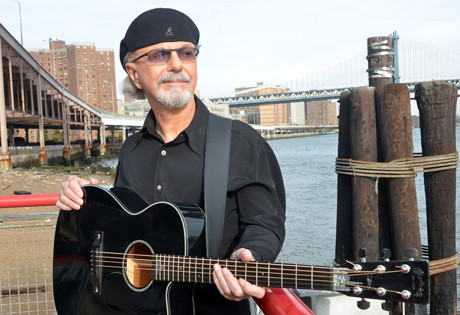 Start by filling out our no-obligation entertainment request form to check pricing and availability for Dion or whoever else you may want.

Wondering how to book Dion for your event? Let Booking Entertainment be Your entertainment booking agency for booking Dion for events worldwide.

Our Dion agent will be happy to help you get Dion's availability and booking fee, or the price and availability for any other A-List entertainer, band, comedian or celebrity you may want for your corporate event, private party, wedding, birthday party or public show.

Dion Francis DiMucci was born in 1939 into an Italian-American family living in New York. His father was a vaudeville entertainer, and as a child Dion used to often tag along on his gigs, developing a love of blues, doo-wop, and even country music. He learned to sing the old-fashioned way, perfecting a cappella with other singers right on the streets of New York.

Dion auditioned for Mohawk Records in 1957 and landed the deal. He sang the lead against already recorded tracks on “The Chosen Few,” and was surprised to find the single marketed as a song by Dion and the Timberlanes, a band he never even met. He found greater success, however, with Dion & the Belmonts, a group he started with his friends in the late 1950’s, featuring traditional doo-wop in the Italian-American style. Their first hit single was “I Wonder Why,” but “A Teenager in Love” was equally successful. In 1960, Dion branched out and embarked on a solo career, and changed his sound to one more suited for pop/R&B.

Dion’s stellar career is marked by over a dozen hits on the Top 40 charts and induction into the Rock & Roll Hall of Fame in 1989. In addition to his continued contributions to music, Dion is now a vocal advocate for support of those struggling to overcome drug addiction.

Dion continues to perform and record—he most recently toured in 2015, and that same year released the collaborative single “New York is My Home,” alongside Paul Simon. The single appears on Dion’s latest album of the same name. Most recently, Dion released the album Kickin’ Child: The Lost Album 1965, consisting of previously recorded by unreleased material.

For more information on booking Dion, please contact Booking Entertainment. One of our top booking agents will be happy to work on your behalf to get you the best possible price to book any big name entertainer for your upcoming public, private or corporate event worldwide.

Booking Entertainment works to get the best possible Dion booking fee and Dion price for our clients while also providing the celebrity or famous entertainer with the level of professionalism and industry norms that they expect from an event run by a professional booking agency and production management.

Booking Entertainment uses our agency / management relationships and over 25 years of production experience to help buyers of headline / top name entertainers and does not claim or represent itself as the exclusive Dion agent, manager or management company for any of the artists on our site.

Booking Entertainment does not claim or represent itself as the exclusive booking agency, business manager, publicist, speakers bureau or management for Dion or any artists or celebrities on this website.