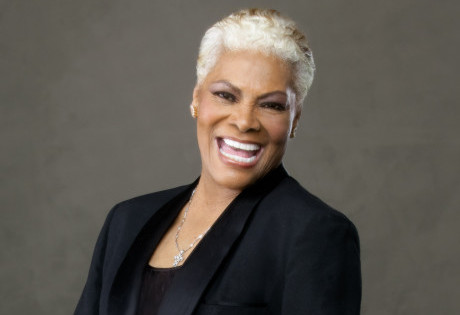 Start by filling out our no-obligation entertainment request form to check pricing and availability for Dionne Warwick or whoever else you may want.

Our Dionne Warwick agent will be happy to help you get Dionne Warwick 's availability and booking fee, or the price and availability for any other A-List entertainer, band, comedian or celebrity you may want for your corporate event, private party, wedding, birthday party or public show.

American vocalist and legendary musician Dionne Warwick was born in 1940 in New Jersey, into a family of singers. Her aunts, uncles, and her mother comprised the Drinkard Singers, a gospel group well-known throughout the New York area. As a child, Dionne sang gospel in her local church and often joined her family’s performances. A music scholarship upon graduating from high school enabled her to earn a Doctorate in Music Education in the early 1970’s, until a chance meeting with Burt Bacharach would change her destiny forever.

Burt Bacharach invited Warwick to sing for some of his songwriting demos, and she accepted. The single “It’s Love that Really Counts” attracted the attention of Scepter Records, who found Dionne Warwick to show even greater potential than the song itself. Warwick signed a deal with the production company associated with Scepter Records, one which also forged a singer/songwriter relationship with Burt Bacharach.

Dionne Warwick’s first single, “Don’t Make Me Over,” was released in 1962 and hit the charts in the Top Forty. “This Empty Place,” “Wishin’ and Hopin’,” and “Make the Music Play” followed to moderate success, but “Anyone Who Had a Heart” became Warwick’s first Top Ten hit in 1963. From the mid-60’s through the 1970’s, Dionne Warwick dominated the charts with hits like “Walk on By,” “Alfie,” “I Say a Little Prayer,” “Do You Know the Way to San Jose,” “The Girl’s in Love with You,” “I’ll Never Fall in Love Again,” and “Then Came You.” Year after year she garnered Grammy nominations and awards, and by 1980, Dionne Warwick was a genuine superstar.

1980 brought Dionne Warwick a Grammy for Best Pop Vocal and Best R&B Vocal Performance, Female, for “I’ll Never Love This Way Again,” and Warwick became the first female artist to snag both awards on the same evening. The album No Night So Long was released shortly after, and the title track hit the charts in the Top 40. Around the same time, Dionne Warwick began hosting the television show Solid Gold, and she enjoyed additional hits throughout the rest of the decade, including “How Many Times Can We Say Goodbye,” “Will You Still Love Me Tomorrow?”, “That’s What Friends Are For,” and “Love Power.”

The 1990’s and the new millennium saw additional albums and singles from Dionne Warwick, and in 2006 fans were delighted to see Warwick perform a medley of her own hits on American Idol. Dionne Warwick has continued to perform and record, often for charity, and even appeared on The Celebrity Apprentice in 2011 to compete for The Hunger Project. In 2012, she headlined a World Hunger Day concert in London, and shortly thereafter released her Grammy-nominated album, Now.

This far in her career, Dionne Warwick has earned five Grammy awards and ranks as one of the top forty “hit makers” of the rock era, according to Billboard, with fifty-six songs hitting the Top 100 between 1962 and 1998. Warwick continues to perform and record. Her latest album, Feels so Good (2014), is a collection of duets, and her latest EP, Tropical Love, arrived in 2015.

For more information on booking Dionne Warwick , please contact Booking Entertainment. One of our top booking agents will be happy to work on your behalf to get you the best possible price to book any big name entertainer for your upcoming public, private or corporate event worldwide.

Booking Entertainment works to get the best possible Dionne Warwick booking fee and Dionne Warwick price for our clients while also providing the celebrity or famous entertainer with the level of professionalism and industry norms that they expect from an event run by a professional booking agency and production management.

Booking Entertainment uses our agency / management relationships and over 25 years of production experience to help buyers of headline / top name entertainers and does not claim or represent itself as the exclusive Dionne Warwick agent, manager or management company for any of the artists on our site.

Booking Entertainment does not claim or represent itself as the exclusive booking agency, business manager, publicist, speakers bureau or management for Dionne Warwick or any artists or celebrities on this website.