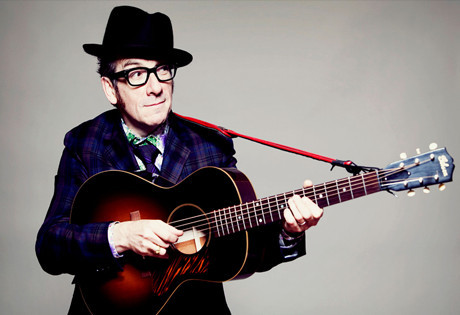 Start by filling out our no-obligation entertainment request form to check pricing and availability for Elvis Costello or whoever else you may want.

Our Elvis Costello agent will be happy to help you get Elvis Costello 's availability and booking fee, or the price and availability for any other A-List entertainer, band, comedian or celebrity you may want for your corporate event, private party, wedding, birthday party or public show.

Elvis Costello wasn’t always a musician. He began working as a computer programmer in the 1970’s, but during his free time, he performed in various local clubs around town.  Eventually, one of Elvis Costello’s demo tapes reached Jake Riviera, an executive at a floundering independent record label. He signed Elvis Costello in 1977, and began work on assembling a back up band for the new artist.

Today, Elvis Costello is still considered one of America’s most iconic and accomplished musicians. He recently released the collaborative album, Wise Up Ghost (2013), with the Roots. Costello ranks on the Rolling Stone’s list of 100 Greatest Artists of All Time. His additional awards include a Grammy and multiple Brit Award nominations. He also has an Academy Award nomination for “The Scarlet Tide,” from the 2003 film Cold Mountain. Costello’s memoir, Unfaithful Music & Disappearing Ink, arrived in 2015.

For more information on booking Elvis Costello , please contact Booking Entertainment. One of our top booking agents will be happy to work on your behalf to get you the best possible price to book any big name entertainer for your upcoming public, private or corporate event worldwide.

Booking Entertainment works to get the best possible Elvis Costello booking fee and Elvis Costello price for our clients while also providing the celebrity or famous entertainer with the level of professionalism and industry norms that they expect from an event run by a professional booking agency and production management.

Booking Entertainment uses our agency / management relationships and over 25 years of production experience to help buyers of headline / top name entertainers and does not claim or represent itself as the exclusive Elvis Costello agent, manager or management company for any of the artists on our site.

Booking Entertainment does not claim or represent itself as the exclusive booking agency, business manager, publicist, speakers bureau or management for Elvis Costello or any artists or celebrities on this website.