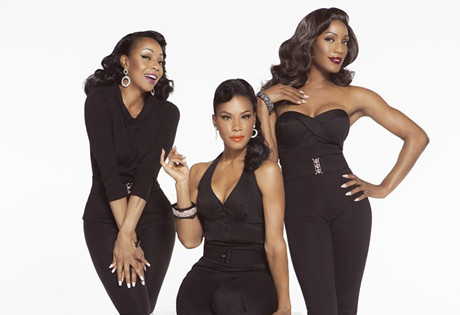 Start by filling out our no-obligation entertainment request form to check pricing and availability for En Vogue or whoever else you may want.

Our En Vogue agent will be happy to help you get En Vogue's availability and booking fee, or the price and availability for any other A-List entertainer, band, comedian or celebrity you may want for your corporate event, private party, wedding, birthday party or public show.

En Vogue hit the music scene in 1990 with Born to Sing. The album would eventually go on to multi-platinum status and spawn three chart-topping singles.

Funky Divas followed, and gave audiences “Free Your Mind” and "My Lovin' (Never Gonna Get It.)” The album was nominated for five Grammies and went on to sell more than three million copies.

After Soul Flower, En Vogue joined forces with Boyz II Men and launched a concert tour. They joined Salt ‘n’ Pepa for a performance of 1994’s “Whatta Man” at the VH1 Hip Hop Honors, and earned a Grammy nomination for “So What the Fuss,” with Prince and Stevie Wonder.

En Vogue returned to Japan and Europe for more concert dates, and went to number two with the single “Glamorous,” with Natalia, a Belgian singer. En Vogue performed with TLC and Alicia Keys at the 2008 BET Awards, and later that year kicked off a concert series.

In 2010, En Vogue performed in London for the first time in eighteen years.

Not limited to the stage, throughout their career En Vogue has also contributed to film and television. They sing Boogie Woogie Bugle Boy in the film Aces: Iron Eagle III and appear in three episodes of Roc. Batman Forever (1995) features the girls posing as prostitutes for a short scene, and they have performed on The View and on A&E’s Private Sessions.

For more information on booking En Vogue, please contact Booking Entertainment. One of our top booking agents will be happy to work on your behalf to get you the best possible price to book any big name entertainer for your upcoming public, private or corporate event worldwide.

Booking Entertainment works to get the best possible En Vogue booking fee and En Vogue price for our clients while also providing the celebrity or famous entertainer with the level of professionalism and industry norms that they expect from an event run by a professional booking agency and production management.

Booking Entertainment uses our agency / management relationships and over 25 years of production experience to help buyers of headline / top name entertainers and does not claim or represent itself as the exclusive En Vogue agent, manager or management company for any of the artists on our site.

Booking Entertainment does not claim or represent itself as the exclusive booking agency, business manager, publicist, speakers bureau or management for En Vogue or any artists or celebrities on this website.