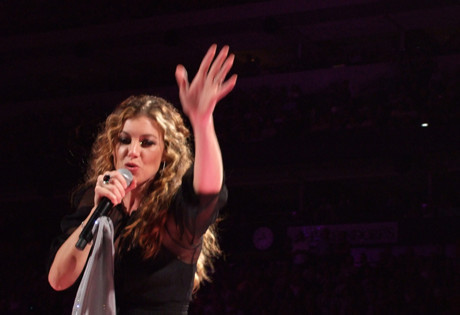 Start by filling out our no-obligation entertainment request form to check pricing and availability for Faith Hill or whoever else you may want.

Our Faith Hill agent will be happy to help you get Faith Hill's availability and booking fee, or the price and availability for any other A-List entertainer, band, comedian or celebrity you may want for your corporate event, private party, wedding, birthday party or public show.

American musician Faith Hill was born in Mississippi in 1967. Hill grew up in the Ridgeland area of the state, in a devout Christian family, and her earliest performances were singing in the local church choir. At the age of nineteen she moved to Nashville to pursue a career as a musician; a chance meeting with a Warner Bros. Records executive a few years later led to her first recording contract.

After a hiatus following her marriage to Tim McGraw and the birth of her youngest daughter, Faith Hill returned to the stage with the Soul2Soul II Tour in 2006, a tour which broke records to become the highest grossing country music tour ever. The following year she began work on The Hits, her first “greatest hits” package, featuring the songs “Red Umbrella” and “Lost,” both new tracks. In 2008, she released Joy to the World, a Christmas album, and in 2009, she performed “ American the Beautiful” for the Super Bowl pre-game show. Her latest album, Deep Tracks, arrived in 2016.

In addition to her work in music, Faith Hill has appeared in television and film, including The Stepford Wives in 2004, an episode of Touched by an Angel in 1995, and music for the Country Strong soundtrack, with the single “Give In To Me.”  She also appeared in the crime drama Dixieland in 2015.

To date, Faith Hill has eight singles which charted at number one, three albums which charted at number three on the Country charts, and she has sold more than forty million records worldwide. Hill has been recognized by the American Music Awards, People’s Choice Awards, the Academy of Country Music, the Country Music Association, and the Grammies. Ladies Home Journal has recognized Faith Hill as one of the Thirty Most Powerful Women in America, and Billboard ranks her among the best-selling artists of the millennium’s first decade.

Faith Hill and her husband, Tim McGraw, are putting the finishing touches on their first joint album, scheduled for release in late 2017.

For more information on booking Faith Hill, please contact Booking Entertainment. One of our top booking agents will be happy to work on your behalf to get you the best possible price to book any big name entertainer for your upcoming public, private or corporate event worldwide.

Booking Entertainment works to get the best possible Faith Hill booking fee and Faith Hill price for our clients while also providing the celebrity or famous entertainer with the level of professionalism and industry norms that they expect from an event run by a professional booking agency and production management.

Booking Entertainment uses our agency / management relationships and over 25 years of production experience to help buyers of headline / top name entertainers and does not claim or represent itself as the exclusive Faith Hill agent, manager or management company for any of the artists on our site.

Booking Entertainment does not claim or represent itself as the exclusive booking agency, business manager, publicist, speakers bureau or management for Faith Hill or any artists or celebrities on this website.