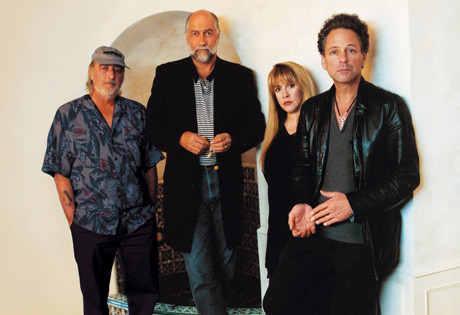 Start by filling out our no-obligation entertainment request form to check pricing and availability for Fleetwood Mac or whoever else you may want.

Our Fleetwood Mac agent will be happy to help you get Fleetwood Mac's availability and booking fee, or the price and availability for any other A-List entertainer, band, comedian or celebrity you may want for your corporate event, private party, wedding, birthday party or public show.

It would be enough to say that Fleetwood Mac’s best-known album, Rumours, sold more than 25 million copies. But the band’s achievement reaches far beyond that, with sales exceeding 100 million copies of its albums in total.

Growing from its roots as a British blues band, known at times for twenty-minute numbers during its live performances in the 60s and 70s, Fleetwood Mac is better known for some of the best-selling three-minute songs from its later years.

The Fleetwood Mac that we all know and love today first came together in 1974 when Lindsey Buckingham and Stevie Nicks were invited to join Mick Fleetwood, John McVie and Christine McVie.  Together, Fleetwood Mac accumulated sales totaling five million and their album Rumors won the Grammy Album of the Year.  Hits off the album included "You Make Loving Fun,” Go Your Own Way,” “Don’t Stop,” and “Dreams.”

Stevie Nicks launched her solo album, Bella Donna, in 1980, which featured “Leather and Lace,” and “Stop Draggin’ My Heart Around,” and Fleetwood Mac returned with Mirage in 1982. The singles “Gypsy,” “Love in Store,” and “Hold Me” are the most notable achievements off that LP.

1987’s Tango in the Night marked the return of Fleetwood Mac, and – on the strength of the hits “Seven Wonders” and “Little Lies” – the album rose into the Top 10.  All Fleetwood Mac band members came together again in 1997 to record The Dance, an album that coincided with the first worldwide tour for Fleetwood Mac in more than fifteen years.

Fleetwood Mac was inducted into the Rock and Roll Hall of Fame in 1998,

A renewed interest in Fleetwood Mac was brought to a new generation, and the album Rumours once again found a home on the Billboard 200 at number eleven. Coincidentally, Steve Nick’s solo album In Your Dreams debuted the same week at number six.

Fleetwood Mac continues to discuss the possibility of future tours and projects.

For more information on booking Fleetwood Mac, please contact Booking Entertainment. One of our top booking agents will be happy to work on your behalf to get you the best possible price to book any big name entertainer for your upcoming public, private or corporate event worldwide.

Booking Entertainment works to get the best possible Fleetwood Mac booking fee and Fleetwood Mac price for our clients while also providing the celebrity or famous entertainer with the level of professionalism and industry norms that they expect from an event run by a professional booking agency and production management.

Booking Entertainment uses our agency / management relationships and over 25 years of production experience to help buyers of headline / top name entertainers and does not claim or represent itself as the exclusive Fleetwood Mac agent, manager or management company for any of the artists on our site.

Booking Entertainment does not claim or represent itself as the exclusive booking agency, business manager, publicist, speakers bureau or management for Fleetwood Mac or any artists or celebrities on this website.