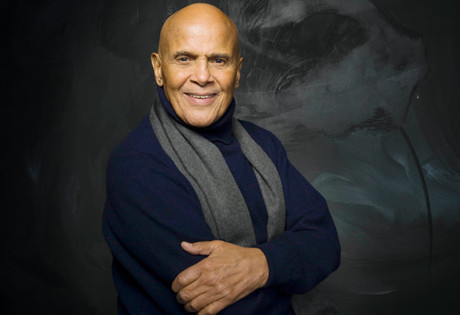 Start by filling out our no-obligation entertainment request form to check pricing and availability for Harry Belafonte or whoever else you may want.

Our Harry Belafonte agent will be happy to help you get Harry Belafonte's availability and booking fee, or the price and availability for any other A-List entertainer, band, comedian or celebrity you may want for your corporate event, private party, wedding, birthday party or public show.

Harold George Bellanfanti, Jr. was born in Harlem, New York in 1927, to parents of Caribbean descent. During his early years, he lived in Jamaica with his grandmother, and then as a young man he spent a few years in the military, serving in World War II. Upon his return, he received as a gift tickets to see the American Negro Theater. It was there that he met Sidney Poitier, who became a lifelong friend and fellow artist.

Harry Belafonte began to take acting classes in New York, alongside classmates such as Bea Arthur, Tony Curtis, Marlon Brandon, and his friend Sidney Poitier, and performed regularly in the American Negro Theater. Performances there resulted in Belafonte?s debut at the Village Vanguard, the legendary jazz club. Shortly thereafter, in 1953, he appeared in his first film, Bright Road, and then after that Belafonte earned his first Tony Award for his role in Almanac.

His breakthrough role that rocketed him to success, however, was in the film adaptation of Carmen Jones. From there, Harry Belafonte released a succession of highly successful albums: Belafonte and Calypso (1956), An Evening with Belafonte and Belafonte Sings of the Caribbean (1957), Love is a Gentle Thing and My Lord What a Mornin? (1959), before returning to film. Island in the Sun brought some controversy for its multi-racial romantic themes, and Odds Against Tomorrow gave Belafonte to try his hand at the role of a villain.

Beyond his work in music and film, Harry Belafonte is known for his political activism. Belafonte has opposed racial prejudice not only in the United States, but throughout the world, particularly in Africa, in the context of western colonialism. He served as cultural advisor to the Peace Corps under President Kennedy, and was an active member of the Civil Rights Movement in the 1950?s and 1960?s. In the mid 1980?s, he helped organize the "We Are the World" artist efforts for African relief, and accepted an appointment to UNICEF as a goodwill ambassador. In the 1990?s, he assisted in Rwanda with relief aid, and in the new millennium, he has campaigned for HIV/AIDS awareness and education in Africa.

Harry Belafonte received Domestic Human Rights Award in 2004 and the BET Humanitarian Award in 2006. He continues to serve in humanitarian endeavors and as a voice for politicians who support his causes.

For more information on booking Harry Belafonte, please contact Booking Entertainment. One of our top booking agents will be happy to work on your behalf to get you the best possible price to book any big name entertainer for your upcoming public, private or corporate event worldwide.

Booking Entertainment works to get the best possible Harry Belafonte booking fee and Harry Belafonte price for our clients while also providing the celebrity or famous entertainer with the level of professionalism and industry norms that they expect from an event run by a professional booking agency and production management.

Booking Entertainment uses our agency / management relationships and over 25 years of production experience to help buyers of headline / top name entertainers and does not claim or represent itself as the exclusive Harry Belafonte agent, manager or management company for any of the artists on our site.

Booking Entertainment does not claim or represent itself as the exclusive booking agency, business manager, publicist, speakers bureau or management for Harry Belafonte or any artists or celebrities on this website.