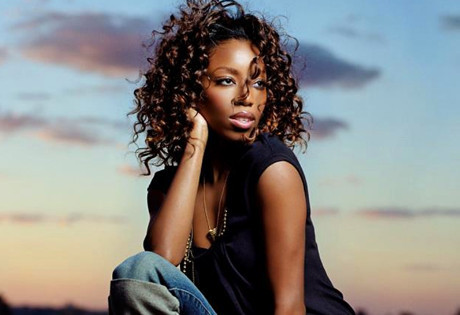 Start by filling out our no-obligation entertainment request form to check pricing and availability for Heather Headley or whoever else you may want.

Our Heather Headley agent will be happy to help you get Heather Headley's availability and booking fee, or the price and availability for any other A-List entertainer, band, comedian or celebrity you may want for your corporate event, private party, wedding, birthday party or public show.

Heather Headley was born in 1974 in Trinidad. The daughter of a pastor, she and her family moved to the United States when she was fifteen, after her father had been offered a position with a church in Indiana. As a child, Heather was active in the church choir and her high school’s drama and music department. After graduation, Headley attended Northwestern University, enrolling in their musical theater department and studying communications as her chosen major.

In her junior year, Heather Headley made the choice to leave school after she was offered a role in the musical Ragtime. Ragtime led to the role of Nala in The Lion King, in 1997, a performance that earned her rave reviews, enough to garner her the coveted title role in Aida, which earned Heather Headley a Tony Award in 1998. In the following year, she appeared with Brian Stokes Mitchell and Nathan Lane in Do Re Mi, and also starred in the musical Dreamgirls, with Lillias White and Audra McDonald.

In 2002, Heather Headley released her debut album, This is Who I Am, earning her Grammy nominations for Best New Artist and Best Female R&B Vocal Performance. The album features the singles "I Wish I Wasn’t" and "He Is," both of which were moderately successful. In My Mind followed in 2006, and the title track reached number one on the Dance/Club charts. Audience of One followed in 2009, earning her a Grammy for Best Contemporary R&B Gospel Album. Later that year, Headley performed with Andrea Bocelli on his "My Christmas" tour, singing "My Prayer" and "Blue Christmas" with him as duets.

Heather Headley has also performed with Josh Groban for the We Are One: The Obama Inaugural Celebration at the Lincoln Memorial in 2008. She performed "I Wish" on the Tonight Show with Jay Leno in 2009, and she is scheduled to play the role of Rachel Marron in The Bodyguard, an adaptation of the 1992 movie starring Whitney Houston, when it begins in London at the Adelphi Theater in the fall of 2012.

Heather Headley released her fourth studio album, Only One in the World, in the fall of 2012. She continues to record and perform.

For more information on booking Heather Headley, please contact Booking Entertainment. One of our top booking agents will be happy to work on your behalf to get you the best possible price to book any big name entertainer for your upcoming public, private or corporate event worldwide.

Booking Entertainment works to get the best possible Heather Headley booking fee and Heather Headley price for our clients while also providing the celebrity or famous entertainer with the level of professionalism and industry norms that they expect from an event run by a professional booking agency and production management.

Booking Entertainment uses our agency / management relationships and over 25 years of production experience to help buyers of headline / top name entertainers and does not claim or represent itself as the exclusive Heather Headley agent, manager or management company for any of the artists on our site.

Booking Entertainment does not claim or represent itself as the exclusive booking agency, business manager, publicist, speakers bureau or management for Heather Headley or any artists or celebrities on this website.