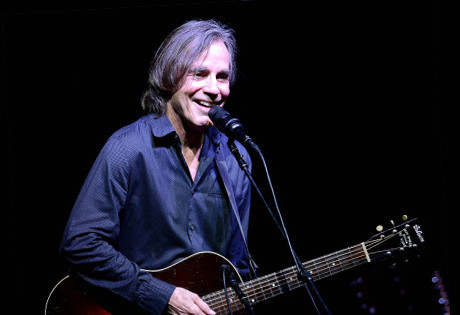 Start by filling out our no-obligation entertainment request form to check pricing and availability for Jackson Browne or whoever else you may want.

Our Jackson Browne agent will be happy to help you get Jackson Browne's availability and booking fee, or the price and availability for any other A-List entertainer, band, comedian or celebrity you may want for your corporate event, private party, wedding, birthday party or public show.

Jackson Browne built a steady fan base and notable recognition with his first four albums. With his defining album, The Pretender, in 1976, Jackson Browne’s sound became iconic for the music emerging from California in the 1970’s.

A series of successful albums for Jackson Browne followed throughout the 1970’s, including For Everyman in 1973, Late for the Sky in 1974, and Running on Empty, which launched the title hit single and also “Stay/The Load-Out.”  But it was 1980’s Hold Out which would become Jackson Browne’s only number one album upon its release.

Jackson Browne’s next album, Lawyers in Love, gave audiences “Tender is the Night,” “For a Rocker,” and “Lawyer’s in Love,” and 1986’s Lives in the Balance went gold after spending six months on the charts.

Jackson Browne performed in May of 2008 at the Artist for the Arts Foundation benefit in Santa Monica, California. Alongside Heart, Venice, and seventy members of the Santa Monica High School Orchestra and Girls Choir, Browne helped raise funds to finance music education in public schools. A few years later, in 2011, he contributed a cover of “True Love Ways” for the tribute album, Listen To Me: Buddy Holly.

In addition to his impressive music career, Jackson Browne is also a voice committed to environmental activism and regularly performs at benefits for a variety of different charities. Browne was recognized with the John Steinbeck Award in 2002; the award honors artists who are committed to the same social and environmental values the American author believed in.

For more information on booking Jackson Browne, please contact Booking Entertainment. One of our top booking agents will be happy to work on your behalf to get you the best possible price to book any big name entertainer for your upcoming public, private or corporate event worldwide.

Booking Entertainment works to get the best possible Jackson Browne booking fee and Jackson Browne price for our clients while also providing the celebrity or famous entertainer with the level of professionalism and industry norms that they expect from an event run by a professional booking agency and production management.

Booking Entertainment uses our agency / management relationships and over 25 years of production experience to help buyers of headline / top name entertainers and does not claim or represent itself as the exclusive Jackson Browne agent, manager or management company for any of the artists on our site.

Booking Entertainment does not claim or represent itself as the exclusive booking agency, business manager, publicist, speakers bureau or management for Jackson Browne or any artists or celebrities on this website.