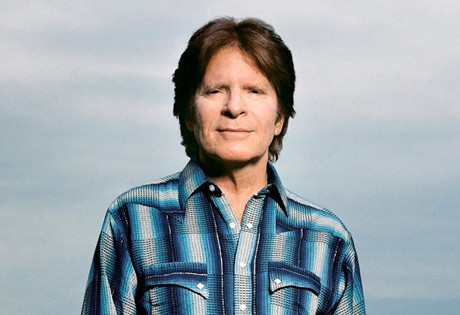 Start by filling out our no-obligation entertainment request form to check pricing and availability for John Fogerty or whoever else you may want.

Our John Fogerty agent will be happy to help you get John Fogerty's availability and booking fee, or the price and availability for any other A-List entertainer, band, comedian or celebrity you may want for your corporate event, private party, wedding, birthday party or public show.

John Fogerty has given audiences some of the most iconic songs in American popular music—including “Bad Moon Rising,” “Green River,” and “Proud Mary”—and today is best known for his “swamp roots” and “roots rock” sound. Born in Berkeley, California in 1945, Fogerty found himself inspired by performers such as Bo Diddley and Little Richard. But after finding himself discharged from the Army Reserves in 1967, John changed the name from an already fledgling band to Creedence Clearwater Revival, and in 1968, the group began to see their first successes.

With Creedence Clearwater Revival, John Fogerty released the band’s first self-titled album, and “Susie Q” became their first hit single. Bayou Country and other singles, including “Proud Mary,” followed, and in 1973 John Fogerty launched a solo career. Fogerty’s career hit a pinnacle with Centerfield in 1985, his first Warner Bros. Records album, and the LP went to the top of the charts with “The Old Man Down The Road.” Fogerty’s single eventually became an anthem, being frequently played at baseball games. His follow-up was Eye of the Zombie in 1986, but John Fogerty’s real return to success was with Blue Moon Swamp in 1997, which won him a Grammy for Best Rock Album of the same year. The following year, Fogerty received a star on the Hollywood Walk of Fame.

Now still performing in the new millennium, Fogerty has continued to perform and release new material, including the album Revival, which earned him a Grammy Award for Best Rock Album in 2007. John Fogerty’s song “Swamp Water,” written specifically for the FOX TV series show The Finder, debuted in January of 2012, and although it is not expected to be on any of his future albums, the presence of the song in connection with the show created a resurgence in John Fogerty’s popularity in recent years.

Rolling Stone has ranked John Fogerty #40 on its list, 100 Greatest Guitarists of All Time. Fogerty’s latest album, Wrote a Song for Everyone, arrived in 2013. Fogerty continues to perform, record, and tour. Now in his seventies, he recently performed at the Lockin’ Festival in 2017 and is scheduled to play in Vegas in early 2018.

For more information on booking John Fogerty, please contact Booking Entertainment. One of our top booking agents will be happy to work on your behalf to get you the best possible price to book any big name entertainer for your upcoming public, private or corporate event worldwide.

Booking Entertainment works to get the best possible John Fogerty booking fee and John Fogerty price for our clients while also providing the celebrity or famous entertainer with the level of professionalism and industry norms that they expect from an event run by a professional booking agency and production management.

Booking Entertainment uses our agency / management relationships and over 25 years of production experience to help buyers of headline / top name entertainers and does not claim or represent itself as the exclusive John Fogerty agent, manager or management company for any of the artists on our site.

Booking Entertainment does not claim or represent itself as the exclusive booking agency, business manager, publicist, speakers bureau or management for John Fogerty or any artists or celebrities on this website.