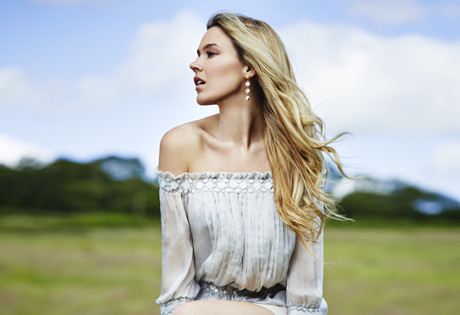 Start by filling out our no-obligation entertainment request form to check pricing and availability for Joss Stone or whoever else you may want.

Our Joss Stone agent will be happy to help you get Joss Stone's availability and booking fee, or the price and availability for any other A-List entertainer, band, comedian or celebrity you may want for your corporate event, private party, wedding, birthday party or public show.

Joss Stone grew up in Ashill, Devon, England, listening to a variety of different music, especially R&B and soul. Her admiration of artists like Aretha Franklin eventually contributed to her soulful singing style. At the age of fourteen, an appearance on Star for a Night (BBC Television), singing “(You Make Me Feel Like) A Natural Woman,” stunned audiences with her talents. A few years later, she auditioned for Steve Greenberg, CEO of S-Curve, in New York City, and her fate as a future superstar was sealed.

Joss Stone flew to Miami to begin work on The Soul Sessions, her debut album. On the strength of such singles as "Fell In Love With A Boy", "Super Duper Love (Are You Diggin' On Me?),” the album reached the Top Five in the UK upon its release in 2003, and made it into the US Top 40. Stone followed up with Mind, Body & Soul in 2004, an album which became an even bigger success, breaking records in the UK and landing at number eleven on the US charts. “You Had Me,” "Don't Cha Wanna Ride,” “Right to Be Wrong,” and “Spoiled,” all made it into the Top 40. That same year, Joss Stone joined Band Aid 20, in benefit of the Darfur region, alongside superstars like Bono and Chris Martin, to record a fresh rendition of the 1984 hit “Do They Know It’s Christmas?”

Since that time, Joss Stone has released the albums: Introducing Joss Stone (2007), Color Me Free! (2009), The Soul Sessions Vol. 2 (2012), and Water for your Soul (2015.) Stone continues to perform and record, and in recent years she has also reached beyond her well-established music career and talents, making her film debut in Eragon in 2006, playing Angela, a fortuneteller. In 2008, she made her television debut as Anne of Cleves on Showtime’s The Tudors.

For more information on booking Joss Stone, please contact Booking Entertainment. One of our top booking agents will be happy to work on your behalf to get you the best possible price to book any big name entertainer for your upcoming public, private or corporate event worldwide.

Booking Entertainment works to get the best possible Joss Stone booking fee and Joss Stone price for our clients while also providing the celebrity or famous entertainer with the level of professionalism and industry norms that they expect from an event run by a professional booking agency and production management.

Booking Entertainment uses our agency / management relationships and over 25 years of production experience to help buyers of headline / top name entertainers and does not claim or represent itself as the exclusive Joss Stone agent, manager or management company for any of the artists on our site.

Booking Entertainment does not claim or represent itself as the exclusive booking agency, business manager, publicist, speakers bureau or management for Joss Stone or any artists or celebrities on this website.