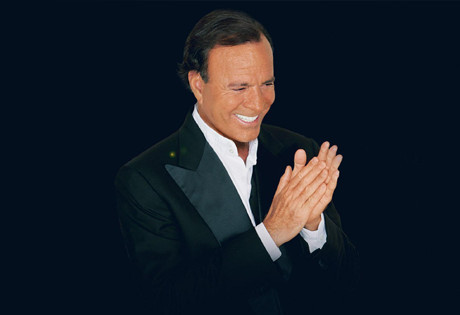 Start by filling out our no-obligation entertainment request form to check pricing and availability for Julio Iglesias or whoever else you may want.

Our Julio Iglesias agent will be happy to help you get Julio Iglesias's availability and booking fee, or the price and availability for any other A-List entertainer, band, comedian or celebrity you may want for your corporate event, private party, wedding, birthday party or public show.

With his romantic voice and smooth delivery, Julio Iglesias has lasted as one of the world’s most popular Latin singers, reaching far beyond the 1970’s when he burst onto the music scene. Iglesias had not always harbored aspirations to become a performer, though; he originally went to college with intentions of becoming a lawyer. An unfortunate car accident in the 1960’s left him with a lengthy recuperation, however, and it was during this time that he picked up the guitar and found his true calling.

Julio Iglesias did complete his studies and finish with a degree from Cambridge, but by the late 1960’s Iglesias was performing as a singer, earning recognition and awards, and eventually winning a recording contract. Iglesias built a Latin American fan base by the mid-1970’s, but his international potential was clear to American labels as well. He found himself with another contract, this time with CBS International, and he began recording records not only in Spanish, but in other languages as well. By the late 1970’s, he began his focus on English language recordings.

“Begin the Beguine” became his first hit to chart and reach number one in 1981, and 1100 Bel Air Place followed. The album, which featured his now-famous duet with Willie Nelson for the single “To All the Girls I’ve Loved Before,” would go on to become his major crossover in 1984. “All of You,” with Diana Ross, was equally successful. Throughout the 1980’s, Julio enjoyed consistent popularity, peaking with another duet, “My Love,” with Stevie Wonder. The 1990’s saw Julio Iglesias return to mostly Spanish records. Notable albums during this decade include Tango (1996), La Carretera (1995), and Raices (1989.) Tango was nominated for a Grammy, the same year that Julio’s son, Enrique, was nominated for his album, Vivir.

Divorcio was Julio Iglesias’ debut for the new millennium, and it was a monster success. It reached the number one spot in multiple countries and sold over 350,000 copies in Spain alone. A European and American tour followed, which also included stops in Africa and Asia. Romantic Classics followed in 2006, a new English language album for Julio Iglesias, and it became his highest charting debut, reaching top spots in Canada, the US, and across Europe.  It was followed by the albums: Quelque chose de France (2007), 1 (2011), and Mexico (2015.)

Julio Iglesias has thus far in his career sold over 300 million records worldwide. He has more than 2500 gold and platinum records and has released eighty albums. Sony Music Entertainment has ranked Iglesias as one of the best-selling music artists in history. His most recent albums, Mexico y Amigos, and Dios Coracoes, were both released in 2017.

For more information on booking Julio Iglesias, please contact Booking Entertainment. One of our top booking agents will be happy to work on your behalf to get you the best possible price to book any big name entertainer for your upcoming public, private or corporate event worldwide.

Booking Entertainment works to get the best possible Julio Iglesias booking fee and Julio Iglesias price for our clients while also providing the celebrity or famous entertainer with the level of professionalism and industry norms that they expect from an event run by a professional booking agency and production management.

Booking Entertainment uses our agency / management relationships and over 25 years of production experience to help buyers of headline / top name entertainers and does not claim or represent itself as the exclusive Julio Iglesias agent, manager or management company for any of the artists on our site.

Booking Entertainment does not claim or represent itself as the exclusive booking agency, business manager, publicist, speakers bureau or management for Julio Iglesias or any artists or celebrities on this website.