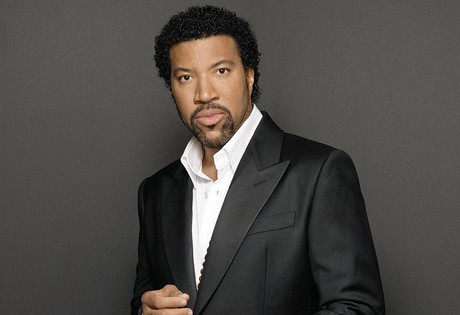 Start by filling out our no-obligation entertainment request form to check pricing and availability for Lionel Richie or whoever else you may want.

Our Lionel Richie agent will be happy to help you get Lionel Richie's availability and booking fee, or the price and availability for any other A-List entertainer, band, comedian or celebrity you may want for your corporate event, private party, wedding, birthday party or public show.

With five Grammies, twenty-two Top Ten hits, a Golden Globe, an Oscar for Best Song, and nearly 60 million albums sold, Lionel Richie is an iconic figure in American music history. Born and raised in Tuskegee, Alabama, Lionel Richie performed with several R&B groups in his teens and twenties. But it was The Commodores, in 1968, who brought Richie to the forefront as their lead singer and saxophonist, and their subsequent success gave Lionel Richie the big break that he needed.

In 1981, the success of “Endless Love,” a duet with Diana Ross and the title track to the film of the same name, gave Lionel Richie the confidence he needed to leave The Commodores and strike out on his own. His self-titled debut album, Lionel Richie, was an enormous success, reaching number three on the charts, selling over four million copies, and including the giant hit “Truly.” Richie’s follow up, Can’t Slow Down, in 1983, was also a huge success, winning the Grammy for Album of the Year, selling more than eight million copies, and giving audiences the number one hit, “All Night Long.” Lionel Richie’s Dancing on the Ceiling followed in 1986 and “Se La,” “Say You, Say Me,” and “Dancing on the Ceiling” all became equally successful hits.

After a brief hiatus, Lionel Richie released a greatest hits collection, Back to Front in 1992. Between 2006 and 2009, Richie released Louder Than Words (1996), and Coming Home (2006), and performed his smash hit “Hello” at the 2007 Grammy Awards. In 2008, Lionel Richie was recognized with the George and Ira Gershwin Lifetime Achievement Award, and the following year he released Just Go. Tuskegee, featuring thirteen of his greatest hits, was released in March of 2012. Richie’s album features duets with some of the biggest names in music, including Tim McGraw, Darius Rucker, Rascal Flatts, Kenny Chesney, Shania Twain, Kenny Rogers, Willie Nelson and Jimmy Buffett. The following year he launched an extensive North American tour, his first in more than a decade.

Lionel Richie continues to record and perform well into the new millennium. Richie was recently awarded the Johnny Mercer Award in 2016; the recognition is among the highest from the Songwriters Hall of Fame.

For more information on booking Lionel Richie, please contact Booking Entertainment. One of our top booking agents will be happy to work on your behalf to get you the best possible price to book any big name entertainer for your upcoming public, private or corporate event worldwide.

Booking Entertainment works to get the best possible Lionel Richie booking fee and Lionel Richie price for our clients while also providing the celebrity or famous entertainer with the level of professionalism and industry norms that they expect from an event run by a professional booking agency and production management.

Booking Entertainment uses our agency / management relationships and over 25 years of production experience to help buyers of headline / top name entertainers and does not claim or represent itself as the exclusive Lionel Richie agent, manager or management company for any of the artists on our site.

Booking Entertainment does not claim or represent itself as the exclusive booking agency, business manager, publicist, speakers bureau or management for Lionel Richie or any artists or celebrities on this website.