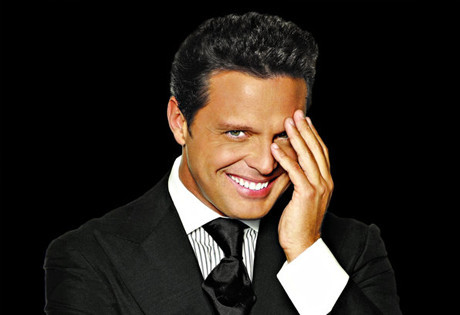 Start by filling out our no-obligation entertainment request form to check pricing and availability for Luis Miguel or whoever else you may want.

Our Luis Miguel agent will be happy to help you get Luis Miguel's availability and booking fee, or the price and availability for any other A-List entertainer, band, comedian or celebrity you may want for your corporate event, private party, wedding, birthday party or public show.

Luis Miguel Gallego Basteri, better known as Luis Miguel, made his professional debut on the music stage when he was only eleven years old. By the time he was only fifteen, the Mexican-born star had received his first Grammy, for his performance with Sheena Easton on the single “Me Gustas Tal Como Eres" (I Like You Just The Way You Are.)

Luis Miguel’s successes are innumerous. His album Segundo Romance (1995), however, is among his greatest achievements, earning him a Grammy award and bringing Miguel’s achievement to thirty-four platinum records throughout the Americas. His follow-up albums include Musipistas (1996), Nada Es Igual (1996), and Amarte Es un Place (1999.) In 2000, he won the Male Pop Vocal Performance and Best Pop Album at the Latin Grammies, and then three years later, an American Music Award nomination for Favorite Latin Artist.

Thus far in his career, Luis Miguel has won four Latin Grammies and five Grammies, and is the only Latin artist to have two Spanish-language albums both reach platinum status in the United States (Romance and Segundo Romance.) Miguel continues to tour and perform, and record original material. In recent years, he has performed at the Vina del Mar International Song Festival and t the Curacao North Sea Jazz Festival. In 2017, Telemundo announced that the station had acquired the rights to Luis Miguel’s life story, in preparation for a television series on his life scheduled to air in 2018.

For more information on booking Luis Miguel, please contact Booking Entertainment. One of our top booking agents will be happy to work on your behalf to get you the best possible price to book any big name entertainer for your upcoming public, private or corporate event worldwide.

Booking Entertainment works to get the best possible Luis Miguel booking fee and Luis Miguel price for our clients while also providing the celebrity or famous entertainer with the level of professionalism and industry norms that they expect from an event run by a professional booking agency and production management.

Booking Entertainment uses our agency / management relationships and over 25 years of production experience to help buyers of headline / top name entertainers and does not claim or represent itself as the exclusive Luis Miguel agent, manager or management company for any of the artists on our site.

Booking Entertainment does not claim or represent itself as the exclusive booking agency, business manager, publicist, speakers bureau or management for Luis Miguel or any artists or celebrities on this website.