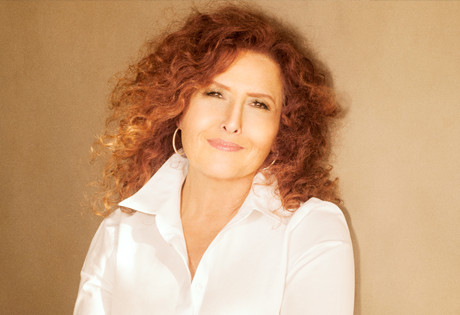 Start by filling out our no-obligation entertainment request form to check pricing and availability for Melissa Manchester or whoever else you may want.

Melissa Manchester was born in the Bronx, New York, to a fashion designer and a professional bassoonist for the New York Metropolitan Opera. As a young child, Manchester learned to play the harpsichord and piano, and eventually went on to study music at the High School of Performing Arts. By the time she was fifteen, she was singing for commercials. She went on to attend New York University, and during her college years, she often performed on the local club scene.

It was during one of these performances that Bette Midler discovered Manchester and hired her as a backup singer. In 1973, Melissa released her debut album, Home to Myself, and followed up with Melissa two years later. The latter gave her the hit “Midnight Blue,” but it would be her single “Don’t Cry Out Loud” that would become synonymous with her style and solidify her success. The single garnered Manchester a Grammy for Best Pop Female Vocal Performance. “Through the Eyes of Love,” featured in the film Ice Castles, went on to earn her an Academy Award nomination in 1979, and “You Should Hear How She Talks About You” earned her a Grammy again in 1982.

Melissa Manchester continued to hit the charts throughout the 1980’s and 1990’s, releasing albums such as:  Emergency (1983), Tribute (1989), If My Heart Had Wings (1995), The Essence of Melissa Manchester (1997), Joy (1997), and The Colors of Christmas (1998). Throughout the 1990’s and into the new millennium, she also branched out into acting, appearing in films such as For the Boys musical theater productions such as HATS! The Musical. In 2008, Melissa Manchester provided “The Power of Ribbons” in support of breast cancer research, and in 2011, the film Dirty Girl featured many of her hit singles.

Melissa Manchester continues to write, record, and perform. In recent years, she has released two new studio albums—You Gotta Love the Life (2015) and The Fellas (2017), featuring the songs “Feelin’ for You” (featuring Keb’ Mo’); “Big Light” (featuring Al Jarreau); “Let There Be More Light,” and “For Me and My Gal.”

For more information on booking Melissa Manchester, please contact Booking Entertainment. One of our top booking agents will be happy to work on your behalf to get you the best possible price to book any big name entertainer for your upcoming public, private or corporate event worldwide.

Booking Entertainment works to get the best possible Melissa Manchester booking fee and Melissa Manchester price for our clients while also providing the celebrity or famous entertainer with the level of professionalism and industry norms that they expect from an event run by a professional booking agency and production management.

Booking Entertainment uses our agency / management relationships and over 25 years of production experience to help buyers of headline / top name entertainers and does not claim or represent itself as the exclusive Melissa Manchester agent, manager or management company for any of the artists on our site.

Booking Entertainment does not claim or represent itself as the exclusive booking agency, business manager, publicist, speakers bureau or management for Melissa Manchester or any artists or celebrities on this website.