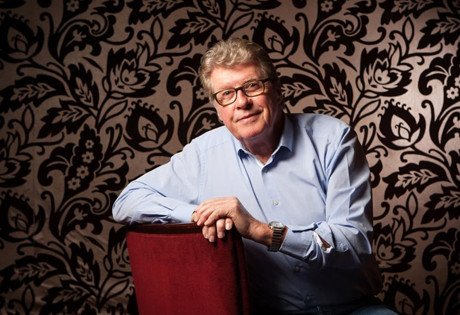 Start by filling out our no-obligation entertainment request form to check pricing and availability for Michael Crawford or whoever else you may want.

Our Michael Crawford agent will be happy to help you get Michael Crawford's availability and booking fee, or the price and availability for any other A-List entertainer, band, comedian or celebrity you may want for your corporate event, private party, wedding, birthday party or public show.

Michael Crawford was born in 1942 in Salisbury, Wiltshire, England, and grew up in a traditional Roman Catholic family.  As a child, Michael spent his formative years with his mother in Wiltshire, and also on the coast near Kent, with his grandparents. Sadly, his mother died quite young – at the age of forty-four – and Michael Crawford found solace in the Kendalls, a family who took him in and cared for him during those difficult years. It was here, through performer Marie Kendall, that Michael received his musical inspiration.

Michael Crawford made his stage debut in London in the early 1960’s, and appeared in television series and a few films. A move to New York in 1967 led to a role in the film version of Hello Dolly!, with Barbara Streisand, but other opportunities were less successful, and Michael Crawford returned to England. In the early 1980’s, he landed the lead in Barnum, a musical that went on to become a huge hit. It ended up being the breakthrough Crawford had been looking for, as it brought him to the attention of Andrew Lloyd Webber, who cast him in the title role for The Phantom of the Opera in 1986.

That very year, Michael Crawford found himself with a Tony Award and a smash hit with the song “The Music of the Night.” A record deal with Atlantic followed, and Crawford released Songs from the Stage & Screen, followed by With Love. A Touch of Music in the Night came next in 1993, then On Eagle’s Wings in 1998.

In 2002, Michael Crawford briefly returned to Broadway for Dance of the Vampires, and then The Woman in White (at the Palace Theater in London), before health issues forced him to leave the stage for a number of years. In 2011, he resurfaced for a role in The Wizard of Oz, and in 2016, he starred in the West End musical, The Go-Between. Later that year, Crawford was the recipient of the Aardman Slapstick Visual Comedy Legend Award.

In addition to his numerous recognitions and awards, including a Tony Award, Drama Desk Award, and Oliver Award, Crawford supports a number of children’s charities, including the Sick Children’s Trust and the Lighthouse Foundation.

For more information on booking Michael Crawford, please contact Booking Entertainment. One of our top booking agents will be happy to work on your behalf to get you the best possible price to book any big name entertainer for your upcoming public, private or corporate event worldwide.

Booking Entertainment works to get the best possible Michael Crawford booking fee and Michael Crawford price for our clients while also providing the celebrity or famous entertainer with the level of professionalism and industry norms that they expect from an event run by a professional booking agency and production management.

Booking Entertainment uses our agency / management relationships and over 25 years of production experience to help buyers of headline / top name entertainers and does not claim or represent itself as the exclusive Michael Crawford agent, manager or management company for any of the artists on our site.

Booking Entertainment does not claim or represent itself as the exclusive booking agency, business manager, publicist, speakers bureau or management for Michael Crawford or any artists or celebrities on this website.