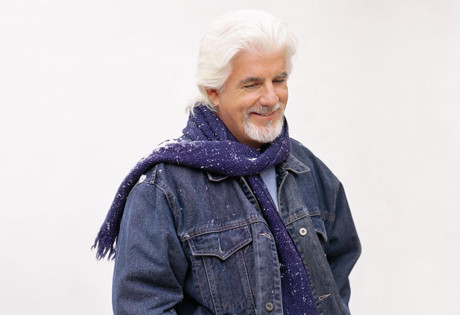 Start by filling out our no-obligation entertainment request form to check pricing and availability for Michael McDonald or whoever else you may want.

Our Michael McDonald agent will be happy to help you get Michael McDonald's availability and booking fee, or the price and availability for any other A-List entertainer, band, comedian or celebrity you may want for your corporate event, private party, wedding, birthday party or public show.

Michael McDonald is known for his soulful voice and his contributions to the Doobie Brothers during their most successful recording period. His style brought the band the hits “Taking it to the Streets” and “What a Fool Believes,” but by 1982 Michael McDonald was ready for a solo career.

If That’s What it Takes, Michael McDonald’s debut, was released in 1982.  The hit single “I Keep Forgetting,” which found itself on the R&B Top Ten, also helped to bring the album to number six. A year later, McDonald had another hit with “Yah Mo B There,” his duet with James Ingram. No Lookin’ Back followed in 1985, and his 1986 duet with Patti Labelle, “On My Own” rose to number one. “Sweet Freedom,” featured in the film Running Scared, also found a home on the Top Ten. By this time, Michael Bolton was firmly established as one of the most prominent solo pop performers of the 1980’s, and his career has lasted ever since.

In the new millennium, Michael McDonald continues to perform and record. He sang “ America the Beautiful” at the 2008 Democratic National Convention, followed by the album Oh Happy Day in 2009.The Voice of Michael McDonald, a compilation of his own hits and hits from the Doobie Brothers, was released in 2010. Later that same year, McDonald toured with Boz Scaggs and Donald Fagen, performing together as The Dukes of September Rhythm Revue. Their shows include a sampling of soul, R&B songs, and classic rock from the repertoire of all three musicians.

Most recently, Michael McDonald re-teamed with the Doobie Brothers on the band’s album World Gone Crazy, for the track "Don't Say Goodbye.” His latest album, Wide Open, arrived in 2017. He also appeared as a feature artist on the Thundercat single, “Show You the Way,” later performing the song live on The Tonight Show Starring Jimmy Fallon.

For more information on booking Michael McDonald, please contact Booking Entertainment. One of our top booking agents will be happy to work on your behalf to get you the best possible price to book any big name entertainer for your upcoming public, private or corporate event worldwide.

Booking Entertainment works to get the best possible Michael McDonald booking fee and Michael McDonald price for our clients while also providing the celebrity or famous entertainer with the level of professionalism and industry norms that they expect from an event run by a professional booking agency and production management.

Booking Entertainment uses our agency / management relationships and over 25 years of production experience to help buyers of headline / top name entertainers and does not claim or represent itself as the exclusive Michael McDonald agent, manager or management company for any of the artists on our site.

Booking Entertainment does not claim or represent itself as the exclusive booking agency, business manager, publicist, speakers bureau or management for Michael McDonald or any artists or celebrities on this website.