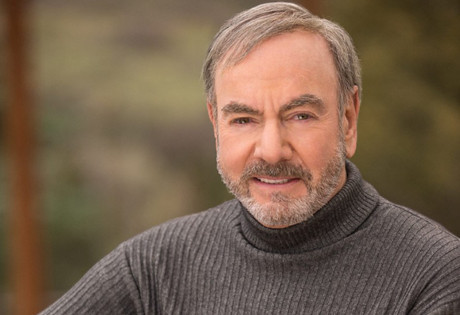 Start by filling out our no-obligation entertainment request form to check pricing and availability for Neil Diamond or whoever else you may want.

Our Neil Diamond agent will be happy to help you get Neil Diamond's availability and booking fee, or the price and availability for any other A-List entertainer, band, comedian or celebrity you may want for your corporate event, private party, wedding, birthday party or public show.

For over twenty-five years, Neil Diamond has enjoyed an impressive career as songwriter and singer, his popularity withstanding the drastic change in music over the decades. But long before his rise to fame, Diamond was born and raised in Brooklyn, New York, and attended New York University for a short while after his high school graduation. In 1965, he signed with Bang Records as a songwriter, providing hits for other groups such as The Monkees (“I’m a Believer.”)

Shortly thereafter, Neil Diamond released his singles “Cherry, Cherry” and “Girl, You’ll Be a Woman Soon,” both which became the first of his career’s top twenty hits. Subsequent hits like “Sweet Caroline” would help to bring his albums to gold status, beginning with Touching You, Touching Me in 1969.  His 1976 album, Beautiful Noise, was the first to achieve platinum status, and throughout the 80’s and 90’s, his albums sold with consistency, although he produced little new material.  His live performances were incredibly lucrative, however; at one point, in the early 1990’s, Neil Diamond was the biggest concert draw in the United States.

Neil Diamond finally released Tennessee Moon in 1996, showcasing his first new material in half a decade. It became a hit on the country charts, going gold in less than a year and peaking at number three. In 1998, As Time Goes By: The Movie Album, followed. Since that time, Diamond has also released the albums: 12 Songs (2005), A Cherry Cherry Christmas (2009), All-Time Greatest Hits (2014), Melody Road (2014), and Acoustic Christmas (2016), a folk-inspired album of holiday classics.

Neil Diamond continues to write, record, and perform. He was nominated for the Rock and Roll Hall of Fame in September of 2010, and in August of 2012 he received his star on the Hollywood Walk of Fame. Diamond recently wrapped his his 50th Anniversary World Tour, which launched in the spring of 2017 and ran through the year. His plans for the upcoming year include another studio album and additional tour dates, to be announced soon.

For more information on booking Neil Diamond, please contact Booking Entertainment. One of our top booking agents will be happy to work on your behalf to get you the best possible price to book any big name entertainer for your upcoming public, private or corporate event worldwide.

Booking Entertainment works to get the best possible Neil Diamond booking fee and Neil Diamond price for our clients while also providing the celebrity or famous entertainer with the level of professionalism and industry norms that they expect from an event run by a professional booking agency and production management.

Booking Entertainment uses our agency / management relationships and over 25 years of production experience to help buyers of headline / top name entertainers and does not claim or represent itself as the exclusive Neil Diamond agent, manager or management company for any of the artists on our site.

Booking Entertainment does not claim or represent itself as the exclusive booking agency, business manager, publicist, speakers bureau or management for Neil Diamond or any artists or celebrities on this website.