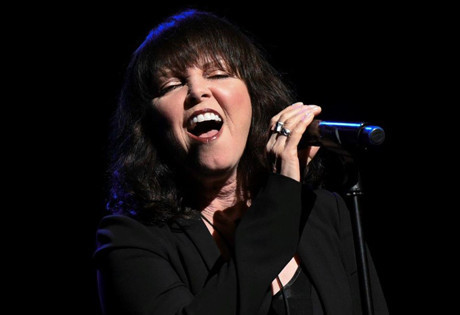 Start by filling out our no-obligation entertainment request form to check pricing and availability for Pat Benatar or whoever else you may want.

Our Pat Benatar agent will be happy to help you get Pat Benatar's availability and booking fee, or the price and availability for any other A-List entertainer, band, comedian or celebrity you may want for your corporate event, private party, wedding, birthday party or public show.

Legendary American singer and songwriter Pat Benatar was born in 1953 in Brooklyn, New York. Benatar grew up on Long Island, taking voice lessons as a child and frequently performing on her school’s stage. In high school, she was active in the school’s drama performance, appearing in productions of classic plays such as Camelot. Initially, Pat had aspirations to attend the Juilliard School, but ultimately decided to instead pursue a degree in education at the University of New York at Stony Brook.

Benatar dropped out of school to get married, and found herself returning to her musical roots, working as a singing waitress and at a local venue in a lounge band. Her talents were discovered by her first manager, when he came upon one of her performances in New York in 1975. By 1978 Pat had signed to Chrysalis Records and she began work on her debut album later that year.

Pat Benatar’s debut, In the Heat of the Night, arrived in 1979 and rose into the top twenty on the mainstream charts. It also gave Benatar her big breakthrough with the hit single “Heartbreaker,” which has now gone on to become somewhat of a classic rock anthem. In the Heat of the Night was followed by Crimes of Passion, which gave audiences the additional classic single “Hit Me With Your Best Shot” and earned Pat Benatar her first Grammy Award for Best Female Rock Vocal Performance in 1980.

Since that time, Pat Benatar has gone on to record five platinum-selling albums and three certified gold albums. Additional notable singles by the artist include: “All Fired Up,” “Shadows of the Night,” “Treat Me Right,” “We Belong,” “Love is a Battlefield,” and “All Fired Up.” Although she hasn’t released any new material since the late 1990’s, Benatar is still recognized as one of our most enduring classic rock artists, and she continues to perform regularly throughout the world.

For more information on booking Pat Benatar, please contact Booking Entertainment. One of our top booking agents will be happy to work on your behalf to get you the best possible price to book any big name entertainer for your upcoming public, private or corporate event worldwide.

Booking Entertainment works to get the best possible Pat Benatar booking fee and Pat Benatar price for our clients while also providing the celebrity or famous entertainer with the level of professionalism and industry norms that they expect from an event run by a professional booking agency and production management.

Booking Entertainment uses our agency / management relationships and over 25 years of production experience to help buyers of headline / top name entertainers and does not claim or represent itself as the exclusive Pat Benatar agent, manager or management company for any of the artists on our site.

Booking Entertainment does not claim or represent itself as the exclusive booking agency, business manager, publicist, speakers bureau or management for Pat Benatar or any artists or celebrities on this website.