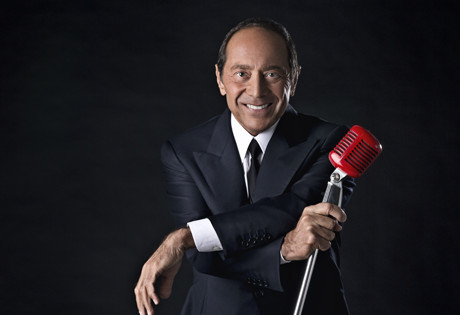 Start by filling out our no-obligation entertainment request form to check pricing and availability for Paul Anka or whoever else you may want.

Our Paul Anka agent will be happy to help you get Paul Anka 's availability and booking fee, or the price and availability for any other A-List entertainer, band, comedian or celebrity you may want for your corporate event, private party, wedding, birthday party or public show.

Singer, songwriter and composer Paul Anka, best known for penning the lyrics to “My Way” for Frank Sinatra and the theme to “The Tonight Show,” actually got his start in show business in the 1950s at the age of 14. The young, attractive Canadian-born singer became an instant heartthrob in the United States with hits like the number one smash “Diana” and “Put Your Head on My Shoulder.”

After a string of hits following his initial success, including “It’s Time to Cry” and “(All of a Sudden) My Heart Sings,” Paul Anka toured with Buddy Holly and wrote “It Doesn’t Matter Anymore” for him, which Holly recorded shortly before his death in 1959. Anka also composed Tom Jones’ hugely successful “She’s a Lady” and one of Anka’s biggest hits, “Lonely Boy,” as well as the theme for a film he also acted in, The Longest Day. Leaving teen idol fare, like early hits “You Are My Destiny,” “Lonely Boy” and “Puppy Love” behind for more mature material as his career progressed, Paul Anka was one of the first pop artists to perform in Las Vegas, eventually trading his pop sound for a more adult contemporary/big band sound.

During this time Paul Anka also tried his luck with the Italian and French markets with such Italian hits as “Summer’s Gone,” released as “Dove Sei?”, number one hit “Ogni giorno”, and number two hits "Piangerò per te" and "Ogni volta”. Paul Anka had moderate success in France with “Faibles Femmes” and “Comme Avant”, along with a single release in Japan. In 1974 Paul Anka teamed up with Odia Coates and released the smash number one hit “(You’re) Having My Baby.” Two more Top 10 Paul Anka/Odia Coates duets would follow: “One Man Woman/One Woman Man” and “I Don’t Like to Sleep Alone,” and shortly after that, a jingle Paul Anka recorded for Kodak called “Times of Your Life” gained so much momentum that Paul Anka developed and released it as a full song.

In the 1980s Anka co-wrote a song called “I Never Heard” which Michael Jackson would later release “This Is It” along with another Michael Jackson yet-to-be-released song, “Love Never Felt So Good.” Paul Anka continued to work with many notable celebrities throughout his career, including Peter Cetera, Dion Booking Agent & Management" href="https://www.bookingentertainment.com/artists/adult/Celine_ Dion.php">Celine Dion, Kenny G, Patti LaBelle, many of whom performed on his 1988 album A Body of Work. Recent works include his 2005 release Rock Swings and 2011 release Songs of December.

Today, Paul Anka continues to perform and act, and has appeared in many films and television shows over the years, including Captain Ron (1992), 3000 Miles to Graceland (2001), an episode of The Simpsons, That ‘70s Show, Las Vegas, and American Idol. In 2013, he released both an album of Duets and a compilation album, Dianacally Yours; his much anticipated autobiography accompanied the release of the former. Paul Anka has spent the latter part of 2017 on an extensive nationwide tour; the tour will continue through the winter of 2018.

For more information on booking Paul Anka , please contact Booking Entertainment. One of our top booking agents will be happy to work on your behalf to get you the best possible price to book any big name entertainer for your upcoming public, private or corporate event worldwide.

Booking Entertainment works to get the best possible Paul Anka booking fee and Paul Anka price for our clients while also providing the celebrity or famous entertainer with the level of professionalism and industry norms that they expect from an event run by a professional booking agency and production management.

Booking Entertainment uses our agency / management relationships and over 25 years of production experience to help buyers of headline / top name entertainers and does not claim or represent itself as the exclusive Paul Anka agent, manager or management company for any of the artists on our site.

Booking Entertainment does not claim or represent itself as the exclusive booking agency, business manager, publicist, speakers bureau or management for Paul Anka or any artists or celebrities on this website.