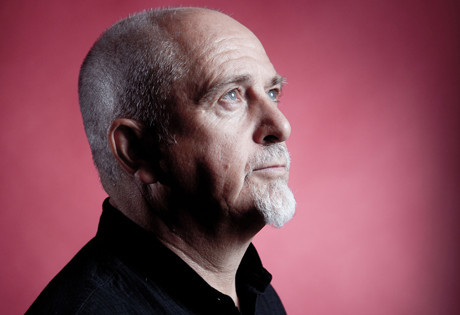 Start by filling out our no-obligation entertainment request form to check pricing and availability for Peter Gabriel or whoever else you may want.

Our Peter Gabriel agent will be happy to help you get Peter Gabriel's availability and booking fee, or the price and availability for any other A-List entertainer, band, comedian or celebrity you may want for your corporate event, private party, wedding, birthday party or public show.

Influential singer, songwriter and musician, Peter Gabriel – originally with the group Genesis before striking out with his solo career – is perhaps best known for the 1986 hit “Sledgehammer” from his album So and its groundbreaking music video style. Peter Gabriel swept the 1987 MTV Video Music Awards with “Sledgehammer”, and to this day, the song has been played more than any other video in the history of MTV.

Besides “Sledgehammer”, the release of hugely successful So in 1986 produced “Big Time”, “Don’t Give Up”, and “In Your Eyes”. So went five times platinum in the US and won Peter Gabriel numerous awards, including three Grammy nominations. Peter Gabriel’s first Grammy award came, however, with his work on Passion, the soundtrack for Martin Scorsese’s controversial 1989 film The Last Temptation of Christ. Peter Gabriel was also nominated for a Golden Globe for Passion.

In 1992, Peter Gabriel’s next release, Us, features background vocals by Sinead O’Connor on the tracks “Come Talk To Me” and “Blood of Eden”, along with the singles “Digging in the Dirt” and “Steam”. Always the innovator, Peter Gabriel used artistic and film techniques to create the promotional materials and documentary film All About Us to promote the album. Gabriel’s following world tour resulted in Secret World Live – a double CD/DVD – released in 1994. Peter Gabriel continued to break ground in the music video category, winning three more Grammy Awards for his video work surrounding Us and Secret World Live.

A number of projects would follow, including film-related projects OVO and Long Walk Home, 2002’s release Up, and two concert DVDs in 2003 and 2004 featuring Melanie Gabriel, Peter Gabriel’s daughter: Growing Up Live and Still Growing Up: Live & Unwrapped. Peter Gabriel’s Grammy Award-winning song “Down to Earth”, written with Thomas Newman for the WALL-E soundtrack followed in 2008, and in 2010 Scratch My Back was released. Peter Gabriel’s latest release, New Blood, came out in 2011.

Today, Peter Gabriel continues to perform, record, and pursue his humanitarian interests with notable organization such as Amnesty International and WOMAD (World of Music, Arts and Dance.) For his efforts, Gabriel was recently awarded an honorary doctorate from the University of South Australia. On the music front, Gabriel recently received a Grammy nomination for his song “The Veil,” which appears in the Oliver Stone film, Snowden. His cover of the Bowie classic, “Heroes,” is also featured in the Netflix series Stranger Things.

For more information on booking Peter Gabriel, please contact Booking Entertainment. One of our top booking agents will be happy to work on your behalf to get you the best possible price to book any big name entertainer for your upcoming public, private or corporate event worldwide.

Booking Entertainment works to get the best possible Peter Gabriel booking fee and Peter Gabriel price for our clients while also providing the celebrity or famous entertainer with the level of professionalism and industry norms that they expect from an event run by a professional booking agency and production management.

Booking Entertainment uses our agency / management relationships and over 25 years of production experience to help buyers of headline / top name entertainers and does not claim or represent itself as the exclusive Peter Gabriel agent, manager or management company for any of the artists on our site.

Booking Entertainment does not claim or represent itself as the exclusive booking agency, business manager, publicist, speakers bureau or management for Peter Gabriel or any artists or celebrities on this website.