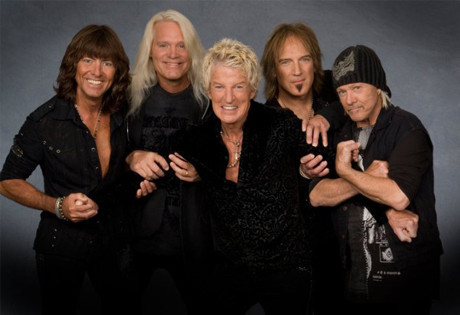 Start by filling out our no-obligation entertainment request form to check pricing and availability for Reo Speedwagon or whoever else you may want.

Our Reo Speedwagon agent will be happy to help you get Reo Speedwagon's availability and booking fee, or the price and availability for any other A-List entertainer, band, comedian or celebrity you may want for your corporate event, private party, wedding, birthday party or public show.

REO Speedwagon has enjoyed enormous success throughout the 1970’s and 1980’s, and is still today regarded as an iconic band for the arena rock of the early 1980’s. REO Speedwagon’s first two albums enjoyed only moderate success, but when front man Mike Murphy joined the group, their single “Riding the Storm Out” was released in 1974 and was the first from REO Speedwagon to hit the Billboard 100 charts. Lost in a Dream followed, and This Time We Mean It came after in 1975.

In 1976 their original lead singer, Kevin Cronin, re-joined the group, and REO Speedwagon released REO. The album featured multiple hits which went gold or platinum. Live Again, in 1978, also had the gold hit “Nine Lives,” and Hi Infidelity was released in 1981 to become one of the best selling albums of that year. Singles such as “Don’t Let Him Go,” “Take it on the Run,” and “Keep on Loving You” brought  the album to more than nine million in sales. The group released additional albums throughout the next decade.  1982 brought Good Trouble, and Wheels are Turnin’ was released in 1984. Life As We Know It (1987) went gold, and singles such as “Can’t Fight This Feeling” and “Keep the Fire Burnin’” kept REO Speedwagon at the top of the charts.

REO Speedwagon continues to perform and record well into the new millennium, with the current lineup of Neal Doughty, Kevin Cronin, Bruce Hall, Dave Amato, and Bryan Hitt. Since 2000, the group has released multiple DVDs of their live performances, and in 2003 they toured alongside Journey and Styx for the Classic Rock’s Main Event Tour. In 2014, they teamed up with Chicago for a number of North American tour dates, and in 2016, REO Speedwagon toured alongside Def Leppard and Tesla. Most recently, REO Speedwagon toured the United States with Don Felder and Styx for the United We Rock Tour of 2017.

For more information on booking Reo Speedwagon, please contact Booking Entertainment. One of our top booking agents will be happy to work on your behalf to get you the best possible price to book any big name entertainer for your upcoming public, private or corporate event worldwide.

Booking Entertainment works to get the best possible Reo Speedwagon booking fee and Reo Speedwagon price for our clients while also providing the celebrity or famous entertainer with the level of professionalism and industry norms that they expect from an event run by a professional booking agency and production management.

Booking Entertainment uses our agency / management relationships and over 25 years of production experience to help buyers of headline / top name entertainers and does not claim or represent itself as the exclusive Reo Speedwagon agent, manager or management company for any of the artists on our site.

Booking Entertainment does not claim or represent itself as the exclusive booking agency, business manager, publicist, speakers bureau or management for Reo Speedwagon or any artists or celebrities on this website.