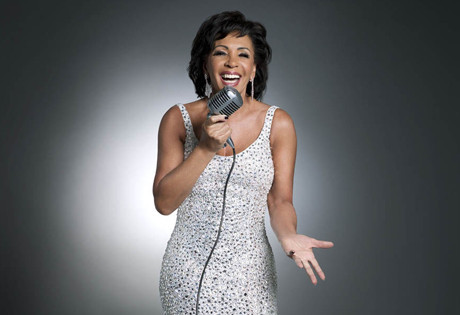 Start by filling out our no-obligation entertainment request form to check pricing and availability for Shirley Bassey or whoever else you may want.

Our Shirley Bassey agent will be happy to help you get Shirley Bassey's availability and booking fee, or the price and availability for any other A-List entertainer, band, comedian or celebrity you may want for your corporate event, private party, wedding, birthday party or public show.

Legendary vocalist Shirley Bassey was born in Cardiff, Wales, in 1937. Her talent for singing was apparent as a young child, despite being born into a rather large and impoverished family, and she used the talent to rise above her circumstances. Bassey left school while still a young teen, and began singing in local pubs and clubs. She eventually began traveling around the country to perform with revues, and in 1955 she experienced her breakout moment while singing at a Christmas show in London, when Comedian Al Read noticed her talent and brought her along for his revue, Such Is Life.

The tour lead to a recording contract for Shirley Bassey, and her first single, “Banana Boat Song” hit the Top Ten on the British charts in 1957. A string of additional hits followed over the next few years, including “Reach for the Stars/Climb Every Mountain,” “ Kiss Me, Honey Honey, Kiss Me,” and “As I Love You,” and Bassey’s performances moved to the United States, headlining shows in Las Vegas and New York. In 1965, Shirley Bassey recorded the title song for the film “ Goldfinger,” and the smash hit solidified her career forever.

The hits continued for Shirley Bassey well into the next decade, with “Never Never Never,” “For All We Know,” and “Something.” She earned a Britannia Award for Best Female Solo Singer in 1977, and by the early 1980’s, Shirley Bassey reduced her busy schedule so that she could semi-retire to Switzerland and enjoy life a bit more. She continued to tour and make appearances throughout the next few decades, and in the 1990’s, she resurfaced quite often, even taking on a few world tours.

A box set titled Bassey was released by EMI in 1994, and two years later, Shirley Bassey appeared in the film La Passione. Two concerts at Althorp Park and Castle Howard followed in 1997, and in 1998, Shirley Bassey performed in Egypt at an open-air concert not too far from the Great Pyramid and Sphinx. The film Little Voice, in 1998, features Shirley Bassey as one of the three main characters, and she entered the millennium as one of the selected artists to appear at the Queen’s 50th Jubilee Party. (She would repeat her performance after being selected for the Queen’s 60th, ten years later.) 2003 saw the release of Bassey’s CD Thank You for the Years, celebrating a half-century in show business, and the album climbed into the Top Twenty.

Shirley Bassey recorded The Performance in 2009, an album created with David Arnold (composer for James Bond), and that same year she performed for the BBC Electric Proms. New songs from the album were performed on a variety of television shows, and in the year following, Bassey performed for the Rainforest Foundation Fund in New York City. Additional recent performances in 2011 and 2012 include renditions of “ Goldfinger” and “Diamonds are Forever” with the Royal Philharmonic.

Shirley Bassey has enjoyed a stellar career spanning multiple decades and bringing her innumerous recognitions and awards, including an EMI Award for her twenty years as a recording artist (1976), a Grammy nomination for The Birthday Concert (1997), title of Dame Commander of the Order of the British Empire (2000), an Artist for Peace Award from UNESCO (2004), and an induction into the Grammy Hall of Fame for “ Goldfinger” (2008.)

Today, Shirley Bassey continues to perform and make appearances regularly. She recently performed “I’m Still Here” and “The Lady Is a Tramp” for the Duke and Duchess of Cambridge, and in 2014 she released her latest album—Hello Like Before. The album features a re-recording of her smash hit single, “ Goldfinger,” and coincides with the 50th anniversary of the song’s release.

For more information on booking Shirley Bassey, please contact Booking Entertainment. One of our top booking agents will be happy to work on your behalf to get you the best possible price to book any big name entertainer for your upcoming public, private or corporate event worldwide.

Booking Entertainment works to get the best possible Shirley Bassey booking fee and Shirley Bassey price for our clients while also providing the celebrity or famous entertainer with the level of professionalism and industry norms that they expect from an event run by a professional booking agency and production management.

Booking Entertainment uses our agency / management relationships and over 25 years of production experience to help buyers of headline / top name entertainers and does not claim or represent itself as the exclusive Shirley Bassey agent, manager or management company for any of the artists on our site.

Booking Entertainment does not claim or represent itself as the exclusive booking agency, business manager, publicist, speakers bureau or management for Shirley Bassey or any artists or celebrities on this website.