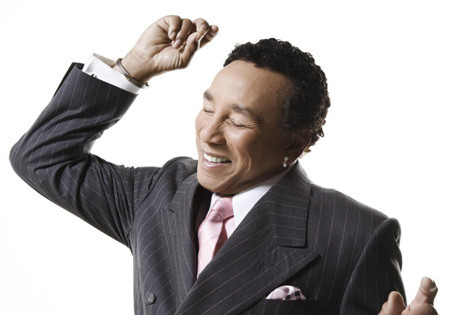 Start by filling out our no-obligation entertainment request form to check pricing and availability for Smokey Robinson or whoever else you may want.

Our Smokey Robinson agent will be happy to help you get Smokey Robinson's availability and booking fee, or the price and availability for any other A-List entertainer, band, comedian or celebrity you may want for your corporate event, private party, wedding, birthday party or public show.

With a blend of garage band, surf, and punk/thrash, Smash Mouth burst onto the music scene in 1997 with the hit “Walkin’ on the Sun.” Formed only a few years prior, in 1994 by Steve Harwell, Smash Mouth went on to enjoy success throughout the late 1990’s and into the new millennium. Harwell had initially enjoyed success as a rapper with F.O.S., but after the band broke up, he started playing with Kevin Coleman, a friend and drummer. Greg Camp and Paul DeLisle were introduced to Harwell by his former manager, and within a short period of time, they formed Smash Mouth.

The group decided to record their first album after playing together with No Doubt and Beck during a summer festival. Fush Yu Mang was released in 1997, and “Walkin’ on the Sun” became an immediate hit, helping the album to find a home on the Top 40. Smash Mouth then added Michael Klooster on keyboards, and then later Mark Cervantes on drums for their follow-up album, Astro Lounge. Released in 1999, the album gave audiences the hit single “All Star.”

The albums Smash Mouth (2001) and Get the Picture (2003) followed, and Smash Mouth hit the big screen for the film Shrek, with a cover of the Monkees’ “I’m a Believer,” which closed the film. The single was included on All Star Smash Hits in 2005. Other Smokey Robinson is considered one of the iconic voices of urban contemporary music. Although he’s best noted for his vocal talents, he’s also an accomplished songwriter. In fact, Robinson contributed heavily to the early success of Motown not only for his contributions while a member of the Miracles, but also as a songwriter for performers such as the Temptations and Mary Wells; “My Guy” and “My Girl” were both Smokey Robinson creations, and he also wrote for Marvin Gaye and the Marvelettes.

A fortuitous meeting between Motown founder Berry Gordy Jr. and Smokey Robinson in the late 1950’s would launch careers for both men, as Gordy needed a multi-talented musician for whom to launch a career and Robinson needed a career to launch. The two artists encouraged each other, and Gordy helped to polish Smokey Robinson’s songwriting for the Miracles. “Shop Around” rose to number two, establishing both the group and Motown.  The blend of R&B and rap, and the gospel-like sounds of the single helped to create the iconic Motown sound. The Miracles became Smokey Robinson & the Miracles in 1967, and enjoyed a steady stream of hits until the early 1970’s; “Tears of a Clown” was one of their last big hits.

Smokey Robinson went solo in 1972, giving audiences such classic hits as “Being with You” and “Cruisin’.” Today, Robinson remains an icon of not only the classic Motown sound and achievements of the 60’s, but also as one of the era’s most recognizable vocalists. Smokey was inducted into the Rock & Roll Hall of Fame in 1987, into the Songwriter’s Hall of Fame in 1989, and recognized by the National Medial of Arts in 1993. Howard University gave Smokey Robinson an honorary Doctorate of Music in 2006, and that same year he was a Kenney Center honoree.

The Miracles were also honored with a star on the Hollywood Walk of Fame in 2009, and Smokey Robinson was present along with the original Miracles members - Claudette Rogers, Bobby Rogers, Pete Moore, and Gloria White, who accepted for her husband, the late Ronnie White. Later that same year, Robinson
was recognized with another doctorate degree from the Berklee College of Music after speaking at their commencement ceremony in 2009.

Smokey Robinson continues to perform and record. He recently released the album Smokey & Friends in 2014; the collection of duets includes contributions from notable artists such as James Taylor and Elton John. In 2016, Robinson was awarded the prestigious Library of Congress Gershwin Prize for his lifetime contributions to music.

contributions to film and television followed, and Smash Mouth released a fifth studio album in 2006. Summer Girl featured “Getaway Car,” and many other singles off the album were included in the film Zoom.

For more information on booking Smokey Robinson, please contact Booking Entertainment. One of our top booking agents will be happy to work on your behalf to get you the best possible price to book any big name entertainer for your upcoming public, private or corporate event worldwide.

Booking Entertainment works to get the best possible Smokey Robinson booking fee and Smokey Robinson price for our clients while also providing the celebrity or famous entertainer with the level of professionalism and industry norms that they expect from an event run by a professional booking agency and production management.

Booking Entertainment uses our agency / management relationships and over 25 years of production experience to help buyers of headline / top name entertainers and does not claim or represent itself as the exclusive Smokey Robinson agent, manager or management company for any of the artists on our site.

Booking Entertainment does not claim or represent itself as the exclusive booking agency, business manager, publicist, speakers bureau or management for Smokey Robinson or any artists or celebrities on this website.