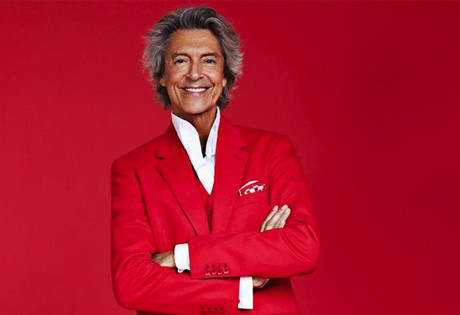 Start by filling out our no-obligation entertainment request form to check pricing and availability for Tommy Tune or whoever else you may want.

Our Tommy Tune agent will be happy to help you get Tommy Tune's availability and booking fee, or the price and availability for any other A-List entertainer, band, comedian or celebrity you may want for your corporate event, private party, wedding, birthday party or public show.

Tommy Tune was born in 1939 in Texas. As a child he studied dance, and after finishing his studies at the University of Texas, he moved to New York and made his Broadway debut in 1965. His first gig was in Baker Street, as a dancer and performer, and by 1978 he was directing and choreographing major musicals, including The Best Little Whorehouse in Texas.

In the decades since, Tommy Tune has choreographed or directed innumerous Broadway and off-Broadway musicals.  His credits include A Joyful Noise, How Now Dow Jones, Seesaw, Cloud 9, Nine, My One and Only, Grand Hotel, and Tommy Tune Tonight! The various shows have collectively earned him awards for Best Featured Actor in a Musical, Best Direction in a Broadway Musical, Best Actor in a Musical, and Best Choreography in a Musical, with a total of nine Tonys awarded to him.  In 1991, he was inducted into Broadway’s Theater Hall of Fame and given his own star on the Hollywood Walk of Fame, and in 2003, Tommy Tune received The National Medal of Arts, to add to his innumerous other awards.

In addition, Tommy Tune has performed for the Queen of England, three United States Presidents, and the Royal Family of Monaco. Just before the new millennium, Tommy Tune published a memoir, titled Footnotes, and then made his debut on the Las Vegas strip, starring in EFX at the MGM Grand.

Today, Tommy Tune continues to entertain fans around the globe, but when he’s not performing, he is often found painting at his art studio and gallery in Tribeca. In 2013, he appeared on the Netflix series Arrested Development, and in 2015, he returned to the stage to perform in Lady, Be Good! Later that year, Tommy Tune was the recipient of the prestigious Tony Award’s Lifetime Achievement Award.

For more information on booking Tommy Tune, please contact Booking Entertainment. One of our top booking agents will be happy to work on your behalf to get you the best possible price to book any big name entertainer for your upcoming public, private or corporate event worldwide.

Booking Entertainment works to get the best possible Tommy Tune booking fee and Tommy Tune price for our clients while also providing the celebrity or famous entertainer with the level of professionalism and industry norms that they expect from an event run by a professional booking agency and production management.

Booking Entertainment uses our agency / management relationships and over 25 years of production experience to help buyers of headline / top name entertainers and does not claim or represent itself as the exclusive Tommy Tune agent, manager or management company for any of the artists on our site.

Booking Entertainment does not claim or represent itself as the exclusive booking agency, business manager, publicist, speakers bureau or management for Tommy Tune or any artists or celebrities on this website.