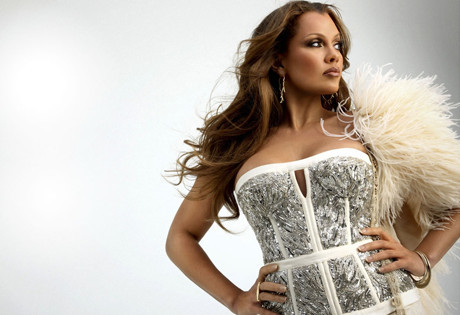 Start by filling out our no-obligation entertainment request form to check pricing and availability for Vanessa Williams or whoever else you may want.

Our Vanessa Williams agent will be happy to help you get Vanessa Williams 's availability and booking fee, or the price and availability for any other A-List entertainer, band, comedian or celebrity you may want for your corporate event, private party, wedding, birthday party or public show.

Vanessa Lynn Williams was born in 1963 in Millwood, New York. As a child, Vanessa began competing in beauty pageants, and the success of her experiences led her all the way to representing New York in the Miss America pageant in 1983. She won, making history by becoming the first African American woman to win the pageant. Unfortunately, the achievement was fraught with controversy and disappointment, when Penthouse published inappropriate photos of Vanessa, taken long before she’d ever entered the contest. Vanessa Williams opted to resign from her position as Miss America in 1984.

Vanessa Williams returned to her first love of music, and began pursuing a career as a vocalist.  Her debut album was released in 1988. The Right Stuff featured the hit single “Dreamin’,” which immediately became Vanessa Williams’s first number one, and sent the album to gold status. Vanessa took the opportunity to simultaneously launch what would become a stellar acting career, appearing in several movies for television.

In the meantime, her second album The Comfort Zone (1991) rocketed to the top of the charts on the strength of an even bigger hit single, “Save the Best for Last." A few years later, Williams joined up with Brian McKnight for the smash single “Love Is,” featured on the Beverly Hills 90210 soundtrack.  One year after that, Vanessa Williams accepted the lead role in Broadway’s Kiss of the Spider Woman, bringing her full circle and establishing her as a superstar in the real of music, film, and theater.

Since that time, Vanessa Williams has maintained a constant presence in the entertainment industry, with innumerous albums, films, and live performances. Her albums and hit singles include: The Sweetest Days (1994), Star Bright (1996), Next (1997), Silver & Gold (2004), Everlasting Love (2005), The Real Thing (2009), “Just for Tonight,” “Work to Do,” You Are Everything,” “The Real Thing,” and “Colors of the Wind,” which earned Williams a Grammy nomination for Best Female Pop Vocal Performance and an Academy Award win for Best Original Song.

Vanessa Williams continues to perform with no signs of slowing down. Recent years have seen her appear on television shows such as Royal Pains, The Good Wife, Modern Family, and in recurring roles on The Librarians and Daytime Divas.

For more information on booking Vanessa Williams , please contact Booking Entertainment. One of our top booking agents will be happy to work on your behalf to get you the best possible price to book any big name entertainer for your upcoming public, private or corporate event worldwide.

Booking Entertainment works to get the best possible Vanessa Williams booking fee and Vanessa Williams price for our clients while also providing the celebrity or famous entertainer with the level of professionalism and industry norms that they expect from an event run by a professional booking agency and production management.

Booking Entertainment uses our agency / management relationships and over 25 years of production experience to help buyers of headline / top name entertainers and does not claim or represent itself as the exclusive Vanessa Williams agent, manager or management company for any of the artists on our site.

Booking Entertainment does not claim or represent itself as the exclusive booking agency, business manager, publicist, speakers bureau or management for Vanessa Williams or any artists or celebrities on this website.