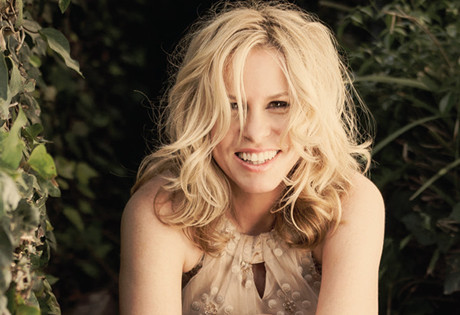 Start by filling out our no-obligation entertainment request form to check pricing and availability for Vonda Shepard or whoever else you may want.

Our Vonda Shepard agent will be happy to help you get Vonda Shepard's availability and booking fee, or the price and availability for any other A-List entertainer, band, comedian or celebrity you may want for your corporate event, private party, wedding, birthday party or public show.

Vonda Shepard was born in 1963 in New York and grew up in California. As a young child, she began playing piano and it was evident from early on that she had a flair for music. As an adult, Vonda performed for a number of years as a backup singer before she earned her own recording contract. Her early breakthrough was the duet, “Can’t We Try,” recorded with Dan Hill in 1987, although her own debut album didn’t release until 1989.

Vonda Shepard was received with moderate success, although it did spawn the single “Don’t Cry Ilene,” which fared reasonable well.  The Radical Light and It’s Good, Eve followed in 1992 and 1996, but Shepard’s breakthrough came after a surprise initiation to appear on the show Ally McBeal. Producer David E. Kelly had noticed Vonda and saw the potential in the rising young star. In addition to her appearance, Vonda Shepard recorded the soundtrack albums for the show and contributed to a numer of compilations.  “Searchin’ My Soul” became the official Ally McBeal theme, and Vonda Shepard joined as a regular on the cast, appropriately playing a performer at a local nightclub.

For more information on booking Vonda Shepard, please contact Booking Entertainment. One of our top booking agents will be happy to work on your behalf to get you the best possible price to book any big name entertainer for your upcoming public, private or corporate event worldwide.

Booking Entertainment works to get the best possible Vonda Shepard booking fee and Vonda Shepard price for our clients while also providing the celebrity or famous entertainer with the level of professionalism and industry norms that they expect from an event run by a professional booking agency and production management.

Booking Entertainment uses our agency / management relationships and over 25 years of production experience to help buyers of headline / top name entertainers and does not claim or represent itself as the exclusive Vonda Shepard agent, manager or management company for any of the artists on our site.

Booking Entertainment does not claim or represent itself as the exclusive booking agency, business manager, publicist, speakers bureau or management for Vonda Shepard or any artists or celebrities on this website.