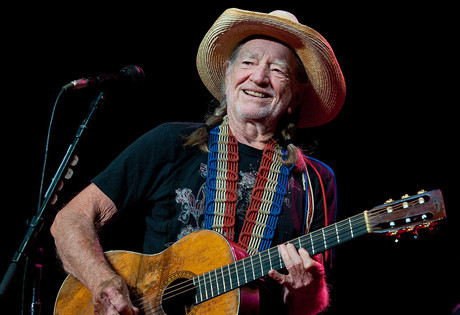 Start by filling out our no-obligation entertainment request form to check pricing and availability for Willie Nelson or whoever else you may want.

Our Willie Nelson agent will be happy to help you get Willie Nelson 's availability and booking fee, or the price and availability for any other A-List entertainer, band, comedian or celebrity you may want for your corporate event, private party, wedding, birthday party or public show.

Willie Nelson was born in 1933, in Texas, right in the middle of the Great Depression. His parents’ search for work brought him to Arkansas, but while still a young child, both his mother and father left Willie and his siblings with their grandparents to be raised. Willie Nelson’s grandparents had been music teachers, and so they began to teach Willie and his siblings, a fortuitous turn of events which would elicit young Willie’s yet untapped talents.

And so young Willie learned to play the guitar when he was six, and he and his sister began singing at the local church. By the time he was nine, he’d written his first song and played for Bohemian Polka, a local band. The citizens of the small Arkansas town always picked cotton during the summer, but Willie opted instead to earn his living by performing in taverns and honky tonks, all the way through his teens. He joined forces with the band The Texans while has in high school, and then after leaving school he joined the United States Air Force.

After nine months in the military, Willie snagged a job working at a local radio station, as a disc jockey. It was his first exposure to the music industry, and in 1956, he finally recorded his first single, “No Place for Me.” The single, completely financed by Willie himself, garnered him a bit more attention, and he started to perform at Independence Day picnics, a tradition he continued all the way into the rest of his career.

Red Headed Stranger, Willie’s debut album, was released and began to climb the charts. For the next four decades, Willie Nelson brought country music some of its most iconic hits, including “Blue Eyes Crying in the Rain,” “Georgia on My Mind,” “My Heroes Have Always Been Cowboys,” “On the Road Again,” “Always on My Mind,” and “To All the Girls I’ve Loved Before.” Nelson also launched a film career, appearing in a number of movies, including "Red Headed Stranger", "Thief", "Honeysuckle Rose", "Electric Horseman", and "Stagecoach.”

To date, Willie Nelson has earned nine CMA awards and six Grammy Awards, plus a Grammy for Lifetime Achievement and a Living Legend Grammy. He was inducted into the Songwriters Hall of Fame in 2001 and the Country Music Hall of Fame in 1993.  He has recorded almost three hundred original songs and achieved platinum status on eleven albums, with two of them going double platinum. In addition to his commitment to music, Nelson is politically active in the liberal arena and a devoted supporter of a number of organizations, including those focused on environmental causes. He owns Willie Nelson Biodiesel, which is manufactured from vegetable oil, and he co-founded Farm Aid, which seeks to support America’s farmers and sustainable farming.

For more information on booking Willie Nelson , please contact Booking Entertainment. One of our top booking agents will be happy to work on your behalf to get you the best possible price to book any big name entertainer for your upcoming public, private or corporate event worldwide.

Booking Entertainment works to get the best possible Willie Nelson booking fee and Willie Nelson price for our clients while also providing the celebrity or famous entertainer with the level of professionalism and industry norms that they expect from an event run by a professional booking agency and production management.

Booking Entertainment uses our agency / management relationships and over 25 years of production experience to help buyers of headline / top name entertainers and does not claim or represent itself as the exclusive Willie Nelson agent, manager or management company for any of the artists on our site.

Booking Entertainment does not claim or represent itself as the exclusive booking agency, business manager, publicist, speakers bureau or management for Willie Nelson or any artists or celebrities on this website.