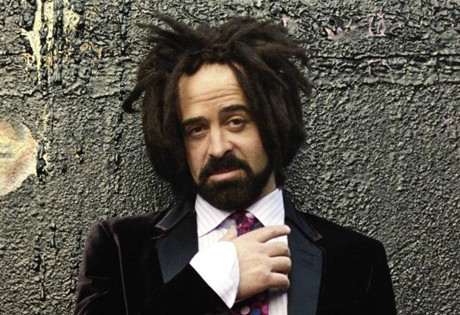 Start by filling out our no-obligation entertainment request form to check pricing and availability for Counting Crows or whoever else you may want.

Our Counting Crows agent will be happy to help you get Counting Crows's availability and booking fee, or the price and availability for any other A-List entertainer, band, comedian or celebrity you may want for your corporate event, private party, wedding, birthday party or public show.

Counting Crows’ debut album, August and Everything After, was released in 1993 and immediately found the band stardom with the single, “Mr. Jones.” A blend of haunting and tortured lyrics, penned by front man Adam Duritz, were effectively balanced with a late 60’s and early 70’s sound. It was a formula destined to bring Counting Crows success. The band released Recovering the Satellites in 1996, and the album Across a Wire: Live in New York (1998) also came before This Desert Life, in 1999. Films About Ghosts followed, and in 2004 the film Shrek 2 featured the hit single “Accidentally in Love.”

VH1 filmed a live performance of “Mr. Jones” in 2007 by Counting Crows, and ranked the single at number twenty-seven on their list of the 100 Greatest Songs of the 1990’s. That same year, Counting Crows performed August and Everything After, from start to finish, at Town Hall in New York City.  The show, which also featured songs from Saturday Nights & Sunday Mornings, was recorded for a DVD which released at the same time as the album, in 2008.

In 2009, Counting Crows began their Saturday Night Rebel Rockers Traveling Circus and Medicine Show tour. Joining them on the tour was the band Augustana and Michael Franti and Spearhead. Instead of performing in sequence, with one act followed by another, all performers launched the first song together onstage, joining each other for performances of all their songs, and they maintained this format throughout the entire performance.

Counting Crows continues to perform and record with the same lineup established during its inception. The band’s most recent albums—Underwater Sunshine and Somewhere Under Wonderland—arrived in 2012 and 2014 respectively. An additional live album, Echoes of the Outlaw Roadshow, was released in 2013.  The band has spent much of 2017 on tour, and is expected to begin work on new material in early 2018.

For more information on booking Counting Crows, please contact Booking Entertainment. One of our top booking agents will be happy to work on your behalf to get you the best possible price to book any big name entertainer for your upcoming public, private or corporate event worldwide.

Booking Entertainment works to get the best possible Counting Crows booking fee and Counting Crows price for our clients while also providing the celebrity or famous entertainer with the level of professionalism and industry norms that they expect from an event run by a professional booking agency and production management.

Booking Entertainment uses our agency / management relationships and over 25 years of production experience to help buyers of headline / top name entertainers and does not claim or represent itself as the exclusive Counting Crows agent, manager or management company for any of the artists on our site.

Booking Entertainment does not claim or represent itself as the exclusive booking agency, business manager, publicist, speakers bureau or management for Counting Crows or any artists or celebrities on this website.