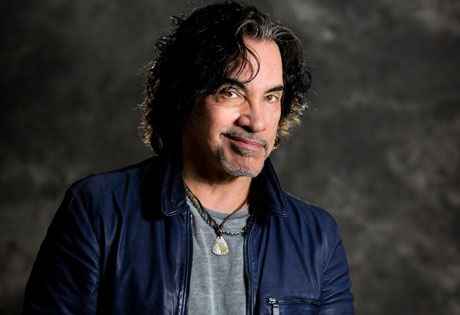 Start by filling out our no-obligation entertainment request form to check pricing and availability for John Oates or whoever else you may want.

Our John Oates agent will be happy to help you get John Oates's availability and booking fee, or the price and availability for any other A-List entertainer, band, comedian or celebrity you may want for your corporate event, private party, wedding, birthday party or public show.

John William Oates was born in 1948 in New York City. Long before John rose to prominence as one half of the hit duo Hall & Oates, he grew up in an Italian American household in a suburb outside of Philadelphia, where he began writing his own music in the mid-60’s. Oates met Daryl Hall while the two men were at Temple University, and after performing together with a number of other bands, they decided to try their luck as a duo.

Hall & Oates signed with Atlantic Records in 1972, and went on to become one of the most iconic groups of the 70’s and 80’s, with hit after hit, many of which Oates co-wrote. Notable singles include “Adult Education,” “Maneater,” “I Can’t Go for That,” “You Make My Dreams,” “Out of Touch,” and “She’s Gone.” After Hall & Oates stopped recording together, Oates went on to record and release his own solo album, Phunk Shui, in 2002. Additional albums followed, including: 1000 Miles of Life (2008), Mississippi Mile (2011), and Good Road to Follow (2013.)

John Oates published his memoir, Change of Seasons, in 2017. The book shares his story of growing up in a small Pennsylvania town through his rise to prominence with Hall & Oates, and the personal and professional challenges he faced along the way. As one half of the Hall & Oates duo, John Oates’s career boasts more than sixty million records sold and nearly thirty top forty hit singles. Today, John Oates continues to perform and record. He recently released his latest solo album, Arkansas, in 2018.

For more information on booking John Oates, please contact Booking Entertainment. One of our top booking agents will be happy to work on your behalf to get you the best possible price to book any big name entertainer for your upcoming public, private or corporate event worldwide.

Booking Entertainment works to get the best possible John Oates booking fee and John Oates price for our clients while also providing the celebrity or famous entertainer with the level of professionalism and industry norms that they expect from an event run by a professional booking agency and production management.

Booking Entertainment uses our agency / management relationships and over 25 years of production experience to help buyers of headline / top name entertainers and does not claim or represent itself as the exclusive John Oates agent, manager or management company for any of the artists on our site.

Booking Entertainment does not claim or represent itself as the exclusive booking agency, business manager, publicist, speakers bureau or management for John Oates or any artists or celebrities on this website.