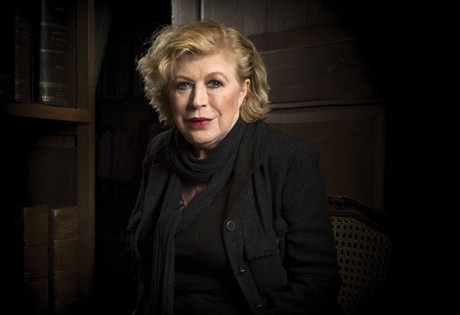 Start by filling out our no-obligation entertainment request form to check pricing and availability for Marianne Faithfull or whoever else you may want.

Marianne Faithfull was born in Hampstead, London, in 1946, into a well-educated family of aristocratic descent.  The family moved to Ormskirk, Lancashire, and Marianne spent her early years in her father’s commune in Oxfordshire. Marianne moved to Berkshire after her parents separated, where she spent most of her childhood and schoolgirl years.


Marianne Faithfull was active in theater and music while in school, and her singing career began in the mid 1960’s, with a series of performances around London. It was at a launch party for the Rolling Stones that she made the connections which would solidify her future career, and her first single, “As Tears Go By” became a chart success shortly thereafter. “Summer Nights,” This Little Bird,” and “Come and Stay with Me” followed, and Marianne Faithfull enjoyed solid status as a performer until the early 1970’s, when a drug addiction stalled her career for most of the decade.


Marianne Faithfull’s comeback was Broken English, released in 1979. Containing a number of tracks written by Faithfull herself, the album revealed a maturity and realism that suddenly brought Marianne back into the spotlight again, this time not only as a singer, but as a songwriter.  The coming decades were filled with equally impressive material, including Strange Weather, and an autobiography published in 1994.

Marianne Faithfull entered the new millennium with Kissin’ Time, released in 2002 and filled with collaborations from a variety of notable musicians, including Damon Albarn, Jon Brion, Beck, and Billy Corgan.  Before the Poison followed in 2005, as well as collaborations with a number of different artists for the singles “Lola R Forever,” “Magpie,” and “A Lean and Hungry Look.” In 2007, Marianne Faithful embarked on Songs of Innocence and Experience, a touring show with a more acoustic sound to it, and featuring the first live performances of material spanning her career, including “Something Better,” “Marathon Kiss,” “Spike Driver Blues,” and “Don’t Forget Me.”  2011 saw the release of Horses and High Heels, which includes four original songs and a variety of covers, including “Past, Present, Future,” and “Goin’ Back.”


Most recently Marianne Faithfull recorded a cover version of “Angel,” the Stevie Nicks track, for a Fleetwood Mac tribute project.  She continues to write, record, perform, and tour; she recently performed at Queen Elizabeth Hall in 2013, and then in 2014 launched an extensive tour following the release of her album Give My Love to London. Her latest release, the live album No Exit, arrived in 2016.

For more information on booking Marianne Faithfull, please contact Booking Entertainment. One of our top booking agents will be happy to work on your behalf to get you the best possible price to book any big name entertainer for your upcoming public, private or corporate event worldwide.

Booking Entertainment works to get the best possible Marianne Faithfull booking fee and Marianne Faithfull price for our clients while also providing the celebrity or famous entertainer with the level of professionalism and industry norms that they expect from an event run by a professional booking agency and production management.

Booking Entertainment uses our agency / management relationships and over 25 years of production experience to help buyers of headline / top name entertainers and does not claim or represent itself as the exclusive Marianne Faithfull agent, manager or management company for any of the artists on our site.

Booking Entertainment does not claim or represent itself as the exclusive booking agency, business manager, publicist, speakers bureau or management for Marianne Faithfull or any artists or celebrities on this website.