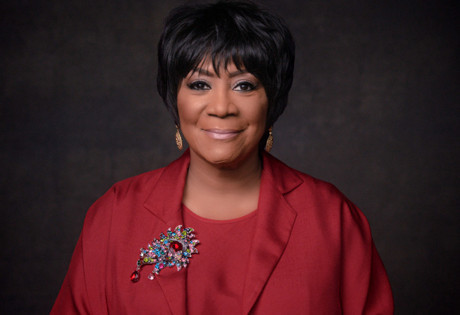 Start by filling out our no-obligation entertainment request form to check pricing and availability for Patti LaBelle or whoever else you may want.

Our Patti LaBelle agent will be happy to help you get Patti LaBelle's availability and booking fee, or the price and availability for any other A-List entertainer, band, comedian or celebrity you may want for your corporate event, private party, wedding, birthday party or public show.

Beginning her tenure in the music business fronting the girl group Patti LaBelle and the Bluebelles (later changing their name to Labelle), they released the single “I Sold My Heart to the Junkman” in 1962, followed by renditions of “Danny Boy” and “You’ll Never Walk Alone.” But it was the chart-topping “Lady Marmalade,” released in 1973, which garnered the group the most recognition.

Patti LaBelle’s solo career began with her debut album in 1977 and continued into the decades following, with releases such as Tasty, It’s Alright With Me, Released, and The Spirit’s In It, and singles such as “Joy To Have Your Love,” “Dan Swit Me” “You Are My Friend,” and “The Best Is Yet To Come” in 1982, earning LaBelle her first Top 20 R&B hit along with her first Grammy nomination.

During this time Patti LaBelle also performed in such productions as the Broadway revival of Your Arms Too Short to Box with God with Al Green and the PBS-produced play Working. Patti LaBelle’s next album, I’m In Love Again, produced hits “If Only You Knew” and “Love, Need and Want You,” and also had success with Beverly Hills Cop soundtrack hits “New Attitude” and “Stir It Up.” 1986’s “On My Own,” Pattie LaBelle’s smash hit duet with Michael McDonald, took its album Winner In You to No. 1 on the Billboard 200. Winner In You went platinum, becoming Patti LaBelle’s best selling album.

Patti LaBelle followed Winner In You with Be Yourself, featuring “If You Asked Me To,” the theme song for the James Bond film License to Kill. 1991’s release Burnin’ earned Patti LaBelle her first Grammy for Best Female R&B Performance. Follow-up albums included Gems, Flame, One Night Only!, which earned her a second Grammy, When A Woman Loves, Timeless Journey, Classic Moments, and later, her first gospel album, The Gospel According to Patti LaBelle, which peaked at No. 1 on Billboard’s gospel album chart. Miss Patti’s Christmas was released in 2007, and Back to Now was released with her group Labelle – their first new release in over thirty years – in 2008.

Patti LaBelle has focused in recent years on performing on Broadway and appearing on television – her song “Get With the Program” served as the theme song for the Oprah Winfrey Show for a time, and LaBelle appeared on Oprah’s Farewell Spectacular, Part 1, as well as an appearance on Bravo’s Top Chef –  and writing her autobiography, Don’t Block the Blessings, five cookbooks, and the book Patti’s Pearls.

Today, Patti LaBelle continues to perform and record. After completing an extensive 2015 tour, LaBelle appeared in competition on the television reality show, Dancing with the Stars. Two years later, in 2017, she released her latest studio album, Bel Hommage. Thus far in her career, Patti LaBelle Has sold more than fifty million records and been recognized with inductions into the Songwriters’ Hall of Fame and the Grammy Hall of Fame. Rolling Stone lists LaBelle on its tally of the 100 Greatest Singers in music history.

For more information on booking Patti LaBelle, please contact Booking Entertainment. One of our top booking agents will be happy to work on your behalf to get you the best possible price to book any big name entertainer for your upcoming public, private or corporate event worldwide.

Booking Entertainment works to get the best possible Patti LaBelle booking fee and Patti LaBelle price for our clients while also providing the celebrity or famous entertainer with the level of professionalism and industry norms that they expect from an event run by a professional booking agency and production management.

Booking Entertainment uses our agency / management relationships and over 25 years of production experience to help buyers of headline / top name entertainers and does not claim or represent itself as the exclusive Patti LaBelle agent, manager or management company for any of the artists on our site.

Booking Entertainment does not claim or represent itself as the exclusive booking agency, business manager, publicist, speakers bureau or management for Patti LaBelle or any artists or celebrities on this website.