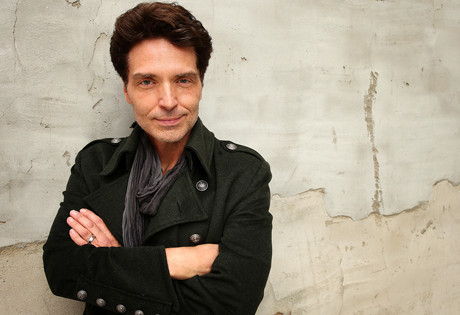 Start by filling out our no-obligation entertainment request form to check pricing and availability for Richard Marx or whoever else you may want.

Our Richard Marx agent will be happy to help you get Richard Marx's availability and booking fee, or the price and availability for any other A-List entertainer, band, comedian or celebrity you may want for your corporate event, private party, wedding, birthday party or public show.

Richard Noel Marx was born in 1963 in Chicago, Illinois. Before bursting onto the pop music scene in the late 1980’s, Richard Marx served as a vocalist for Lionel Richie and frequently sang for television and radio commercials.

Richard Marx was released in 1987, and Repeat Offender followed in 1989.  On the strength of hits such as “Right Here Waiting,” “Don’t Mean Nothing,” “Hold on to the Nights,” and “Satisfied,” the albums were highly successful, nearly iconic for the late 1980’s.

Rush Street came next in 1991, and Paid Vacation followed in 1994, with the Top Ten hit “Now and Forever.” Flesh & Bone (1997) and Days in Avalon (2000) followed, but Richard Marx’s biggest resurgence was in 2004, with the single “Dance With My Father.” The song, co-written with Luther Vandross, earned Marx a Grammy for Song of the Year.

That same year, Richard Marx released My Own Best Enemy, featuring “Ready to Fly” and “When You’re Gone.” He followed up with Duo in 2008, an album created with Matt Scannell, the lead singer for Vertical Horizon. The album features many acoustic tracks, and was offered exclusively through Richard Marx’s website.  In October of that year, Richard Marx offered two more singles exclusively via his website: “Sundown” and “Emotional Remains,” before releasing Stories to Tell, his first acoustic album, in 2010.

Richard Marx continues to perform and record. His latest album, Beautiful Goodbye, arrived in 2014. Most recently, Marx’s classic hit, “Right Here Waiting,” was featured on Australian television in a commercial for HotelsCombined.

For more information on booking Richard Marx, please contact Booking Entertainment. One of our top booking agents will be happy to work on your behalf to get you the best possible price to book any big name entertainer for your upcoming public, private or corporate event worldwide.

Booking Entertainment works to get the best possible Richard Marx booking fee and Richard Marx price for our clients while also providing the celebrity or famous entertainer with the level of professionalism and industry norms that they expect from an event run by a professional booking agency and production management.

Booking Entertainment uses our agency / management relationships and over 25 years of production experience to help buyers of headline / top name entertainers and does not claim or represent itself as the exclusive Richard Marx agent, manager or management company for any of the artists on our site.

Booking Entertainment does not claim or represent itself as the exclusive booking agency, business manager, publicist, speakers bureau or management for Richard Marx or any artists or celebrities on this website.