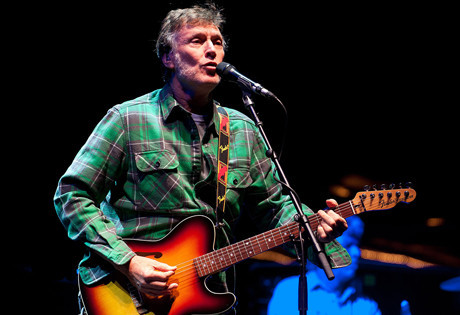 Start by filling out our no-obligation entertainment request form to check pricing and availability for Steve Winwood or whoever else you may want.

Our Steve Winwood agent will be happy to help you get Steve Winwood's availability and booking fee, or the price and availability for any other A-List entertainer, band, comedian or celebrity you may want for your corporate event, private party, wedding, birthday party or public show.

Steve Winwood was born in Birmingham, England in 1948. As a young child, he studied numerous instruments, including piano, guitar, and drums. It wasn't long, however, before his vocals developed into a mature, soulful style that would become characteristic of his talent.

After leaving his brother's Spencer Davis Group in 1967, Steve Winwood went on to form Traffic, with Jim Capaldi, Chris Wood, and Dave Mason. The band broke up in 1969, and Steve Winwood hooked up with Eric Clapton, an old friend who had recently left the band Cream.

Former Cream drummer Ginger Baker joined them, and news of the collaboration spread, much to the delight of concert promoters and fans. They called themselves Blind Faith, and their self-titled debut in 1969 was a hit. However, the band broke up before the end of the year.

Winwood went on to join Baker in Ginger Baker's Air Force, temporarily, but shortly after started work on his first solo LP. Former Traffic members gave him a boost on the album, which began to resemble a reunion album more than a solo album. John Barleycorn Must Die was released later in 1970, and more albums followed.

Steve Winwood finally returned with a self-titled solo album in 1977, and a few years later, in 1980, he released Arc of a Diver, on which he played all the instruments and showcased his talent.

The result was a platinum album in the United States, with the hit "While You See a Chance." 1982's Talking Back to the Night followed, and finally Back in the High Life was released in 1986. The album became an enormous hit, producing "Higher Love," Steve Winwood's first number one single, and selling over three million copies. "Higher Love" also garnered Steve Winwood a Grammy for Record of the Year.

Steve Winwood continued on with 1988's Roll With It; the title track became his second number one hit, and "Don't You Know What the Night Can Do?" was equally successful. 1990's Refugees of the Heart followed.

Nine Lives, Steve Winwood's next studio album, was also released in 2008, debuting at number twelve on the charts, and in that same year, Steve Winwood was awarded with an honorary doctorate from the Berklee College of Music.

In 2012, Steve Winwood appeared as a special guest for "An Evening with Roger Daltrey and Friends" at the Royal Albert Hall.

For more information on booking Steve Winwood, please contact Booking Entertainment. One of our top booking agents will be happy to work on your behalf to get you the best possible price to book any big name entertainer for your upcoming public, private or corporate event worldwide.

Booking Entertainment works to get the best possible Steve Winwood booking fee and Steve Winwood price for our clients while also providing the celebrity or famous entertainer with the level of professionalism and industry norms that they expect from an event run by a professional booking agency and production management.

Booking Entertainment uses our agency / management relationships and over 25 years of production experience to help buyers of headline / top name entertainers and does not claim or represent itself as the exclusive Steve Winwood agent, manager or management company for any of the artists on our site.

Booking Entertainment does not claim or represent itself as the exclusive booking agency, business manager, publicist, speakers bureau or management for Steve Winwood or any artists or celebrities on this website.