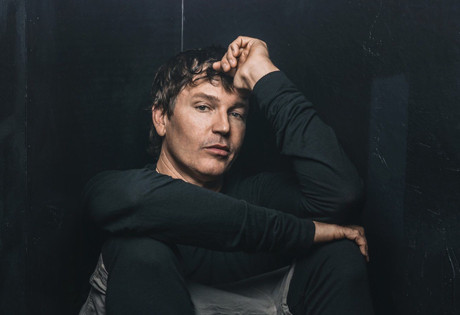 Start by filling out our no-obligation entertainment request form to check pricing and availability for Third Eye Blind or whoever else you may want.

Our Third Eye Blind agent will be happy to help you get Third Eye Blind's availability and booking fee, or the price and availability for any other A-List entertainer, band, comedian or celebrity you may want for your corporate event, private party, wedding, birthday party or public show.

The American rock band known as Third Eye Blind was established in San Francisco in the early 1990’s by founding members Kevin Cadogan and Stephan Jenkins. The two musicians had started writing music together after a chance meeting at a show, and recorded their first demo in 1993. Within a few years, Third Eye Blind had signed with Elektra Records and entered the studio to prepare for a major label debut.

The result, the self-titled Third Eye Blind, arrived in 1997 and was a huge success. The album rose to the number twenty-five spot on the mainstream charts in the United States and spawned the hit alternative singles: “Semi-Charmed Life,” “Graduate,” and “How’s It Going to Be.” The album also earned Third Eye Blind a Billboard Music Award for Best Modern Rock Track (for “Semi-Charmed Life”); three California Music Awards for Best Album, Best Debut, and Best Songwriting; and two American Music Award nominations for Favorite Alternative Artist and Favorite Pop/Rock New Artist.

Following their successful debut, Third Eye Blind released the additional albums: Blue (1999), Out of the Vein (2003), and Ursa Major (2009.) Following a six-year hiatus, Third Eye Blind recently returned with the 2015 album Dopamine, featuring the singles “Everything Is Easy” and “Get Me Out of Here.”

Third Eye Blind continues to perform and record with the current lineup of Stephan Jenkins, Brad Hargreaves, Kryz Reid, Alex Kopp, and Alex LeCavalier. The group most recently released the EP We Are Drugs in 2016.

For more information on booking Third Eye Blind, please contact Booking Entertainment. One of our top booking agents will be happy to work on your behalf to get you the best possible price to book any big name entertainer for your upcoming public, private or corporate event worldwide.

Booking Entertainment works to get the best possible Third Eye Blind booking fee and Third Eye Blind price for our clients while also providing the celebrity or famous entertainer with the level of professionalism and industry norms that they expect from an event run by a professional booking agency and production management.

Booking Entertainment uses our agency / management relationships and over 25 years of production experience to help buyers of headline / top name entertainers and does not claim or represent itself as the exclusive Third Eye Blind agent, manager or management company for any of the artists on our site.

Booking Entertainment does not claim or represent itself as the exclusive booking agency, business manager, publicist, speakers bureau or management for Third Eye Blind or any artists or celebrities on this website.