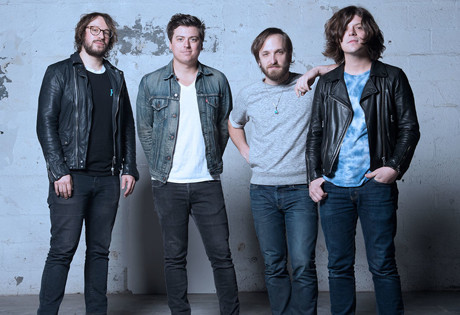 Start by filling out our no-obligation entertainment request form to check pricing and availability for The Wild Feathers or whoever else you may want.

Our The Wild Feathers agent will be happy to help you get The Wild Feathers's availability and booking fee, or the price and availability for any other A-List entertainer, band, comedian or celebrity you may want for your corporate event, private party, wedding, birthday party or public show.

The American rock and roll band known as The Wild Feathers was established 2010. Founding members Taylor Burns, Ben Dumas, Joel King, and Ricky Young had all been performing – mostly as lead singers – for other bands, when the group came together in Nashville to form their own band, The Wild Feathers.


Shortly after their inception, the group caught the attention of Warner Bros. Records, and signed with the label in 2012. One year later, The Wild Feathers released the self-titled debut, which was an enormous success, rising to the number one spot on the Heatseekers charts in the United States and into the top forty on the US rock charts. On the mainstream charts, The Wild Feathers reached the number one hundred and nine spot, no small feat for a small independent band only three years into its creation.


Clearly, The Wild Feathers is a band on the rise and one to watch in the coming years. Since the band’s debut, they have also released the follow-up, Lonely Is a Lifetime, which also fared well on the rock and alternative charts. So far, the band’s most successful single is “The Ceiling,” which has peaked in the top ten on the adult alternative charts in the United States. A live album, Live At The Ryman, was also recently released in 2016.

For more information on booking The Wild Feathers, please contact Booking Entertainment. One of our top booking agents will be happy to work on your behalf to get you the best possible price to book any big name entertainer for your upcoming public, private or corporate event worldwide.

Booking Entertainment works to get the best possible The Wild Feathers booking fee and The Wild Feathers price for our clients while also providing the celebrity or famous entertainer with the level of professionalism and industry norms that they expect from an event run by a professional booking agency and production management.

Booking Entertainment uses our agency / management relationships and over 25 years of production experience to help buyers of headline / top name entertainers and does not claim or represent itself as the exclusive The Wild Feathers agent, manager or management company for any of the artists on our site.

Booking Entertainment does not claim or represent itself as the exclusive booking agency, business manager, publicist, speakers bureau or management for The Wild Feathers or any artists or celebrities on this website.