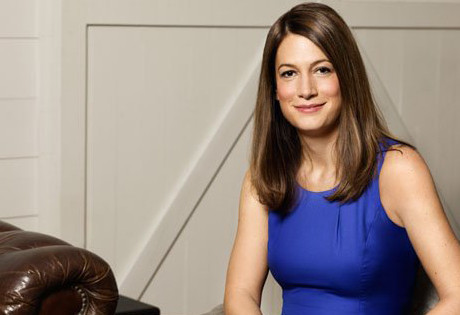 Start by filling out our no-obligation entertainment request form to check pricing and availability for Gillian Flynn or whoever else you may want.

Our Gillian Flynn agent will be happy to help you get Gillian Flynn's availability and booking fee, or the price and availability for any other A-List entertainer, band, comedian or celebrity you may want for your corporate event, private party, wedding, birthday party or public show.

American author Gillian Flynn first rose to mainstream prominence after her bestselling novel Gone Girl was adapted into a feature film starring Ben Affleck in 2015. But long before her rise as one of the era’s most successful female voices in the thriller genre, Flynn grew up in Kansas City, Missouri. Gillian’s parents, both professors, encouraged their rather shy daughter’s interest in writing, and her father, who taught film studies, exposed her to horror films, which she enjoyed and which ultimately influenced her writing.

After graduating from high school in 1989, Gillian Flynn went on to receive her B.A. in English and Journalism from the University of Kansas. She then earned her masters at Northwestern University’s Medill School of Journalism, which led to her first freelancing jobs for U.S. News & World Report and then Entertainment Weekly. It was while working for Entertainment Weekly that Flynn began to write novels during her free time, starting with Sharp Objects in 2006.

Sharp Objects was an immediate success, earning Gillian Flynn accolades and awards. Next came Dark Places in 2009, which was also adapted for the big screen in 2015. But it was the novel Gone Girl, which upon its release in 2012 was immediately snatched up for a film adaptation, for which Flynn herself wrote much of the script. The novel went on to become one of the most notable literary works of 2012, and with the success of the film (released in 2015 and starring Ben Affleck), the novel had a resurgence in popularity again in 2015.

In addition to her three novels, Gillian Flynn has also written the short story “The Grownup,” which appeared in the 2014 anthology Rogues. The story won Flynn an Edgar Award for Best Short Story in 2015.

For more information on booking Gillian Flynn, please contact Booking Entertainment. One of our top booking agents will be happy to work on your behalf to get you the best possible price to book any big name entertainer for your upcoming public, private or corporate event worldwide.

Booking Entertainment works to get the best possible Gillian Flynn booking fee and Gillian Flynn price for our clients while also providing the celebrity or famous entertainer with the level of professionalism and industry norms that they expect from an event run by a professional booking agency and production management.

Booking Entertainment uses our agency / management relationships and over 25 years of production experience to help buyers of headline / top name entertainers and does not claim or represent itself as the exclusive Gillian Flynn agent, manager or management company for any of the artists on our site.

Booking Entertainment does not claim or represent itself as the exclusive booking agency, business manager, publicist, speakers bureau or management for Gillian Flynn or any artists or celebrities on this website.