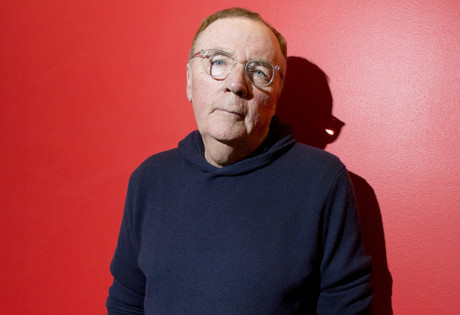 Start by filling out our no-obligation entertainment request form to check pricing and availability for James Patterson or whoever else you may want.

Our James Patterson agent will be happy to help you get James Patterson's availability and booking fee, or the price and availability for any other A-List entertainer, band, comedian or celebrity you may want for your corporate event, private party, wedding, birthday party or public show.

James Patterson is today best known as the author behind the character Alex Cross, whose psychological expertise helps to nail the killer in films such as Kiss the Girls and Along Came a Spider. He is also one of the era’s best-selling authors, with record e-book sales and a mention on Forbes’s list of highest-paid authors. But long before Patterson rose to prominence as one of the era’s most commercially successful writers, he was born in 1947 in New York and grew up in the Newburgh area of the state.

After graduating from Vanderbilt University with his M.A. in English, James Patterson first entered the field of advertising, but by 1996 he had left the field to devote his time to writing. Between 1976 and 1989, Patterson wrote a number of moderately successful books, starting with The Thomas Berryman Number (1976) and including: Season of the Machete (1977), Virgin (1980), and The Midnight Club (1989.)

It was the novel Along Came a Spider, published in 1993, that launched James Patterson and his Alex Cross series into stardom and made him one of the era’s most commercially successful authors. The novel, along with its follow-up Kiss the Girls, was adapted into the 1997 hit movie of the same name starring Morgan Freeman and Ashley Judd. In total so far, the Alex Cross series consists of twenty-two books, but Patterson has written in addition to that nearly a hundred other books for adults and children, including some non-fiction works as well.

To date, James Patterson has sold more than three hundred million copies of his books, with one hundred fourteen of his works rising to become New York Times Best Sellers, often outpacing notable writers such as Dan Brown, John Grisham, and Stephen King. In addition to his work as a writer, Patterson also oversees his own scholarship fund for teachers, which helps to provide opportunities for aspiring teachers to have their tuition paid for at prestigious universities such as Michigan State, Florida Atlantic University, and Appalachian State University.

James Patterson continues to write a staggering number of novels each year. His most recent publication, 16th Seduction, arrived in 2017. It’s his sixteenth book in his “Women’s Murder Club” series.

For more information on booking James Patterson, please contact Booking Entertainment. One of our top booking agents will be happy to work on your behalf to get you the best possible price to book any big name entertainer for your upcoming public, private or corporate event worldwide.

Booking Entertainment works to get the best possible James Patterson booking fee and James Patterson price for our clients while also providing the celebrity or famous entertainer with the level of professionalism and industry norms that they expect from an event run by a professional booking agency and production management.

Booking Entertainment uses our agency / management relationships and over 25 years of production experience to help buyers of headline / top name entertainers and does not claim or represent itself as the exclusive James Patterson agent, manager or management company for any of the artists on our site.

Booking Entertainment does not claim or represent itself as the exclusive booking agency, business manager, publicist, speakers bureau or management for James Patterson or any artists or celebrities on this website.