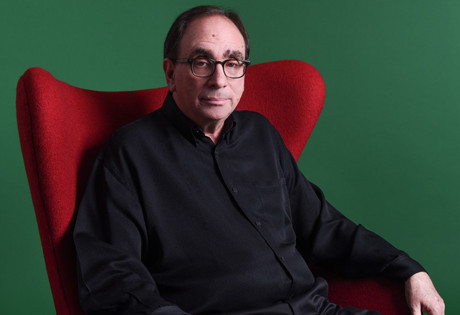 Start by filling out our no-obligation entertainment request form to check pricing and availability for R. L. Stine or whoever else you may want.

Our R. L. Stine agent will be happy to help you get R. L. Stine's availability and booking fee, or the price and availability for any other A-List entertainer, band, comedian or celebrity you may want for your corporate event, private party, wedding, birthday party or public show.

The American novelist R.L. Stine is today best known as the author of the “Goosebumps” series of books. But long before Stine rose to prominence as one of the era’s most notable writers of children’s fiction, Robert Lawrence was born in 1943 in Columbus, Ohio, and began writing stories while he was still in elementary school. After graduating from Ohio State University with his B.A. in English in 1965, Stine moved to New York City and began to pursue a career as a writer.

Stine began his career by creating the teen-oriented magazine Bananas, in partnership with Scholastic Press and which was an enormous success between 1975 and 1984. By the late 1980’s, R.L. Stine was writing a number of novels, starting with Blind Date (1986) and including: The Babysitter, The Girlfriend, and Hit and Run. But his biggest breakthrough came when he launched his novel series Goosebumps, which went on to become one of the best-selling children’s series of all times and which launched the TV series of the same name, which aired between 1995 and 1998.

Today, R.L. Stine is often referred to as the “ Stephen King of children’s literature.” His hundreds of works have sold more than four hundred million copies, ranking him as one of the country’s best-selling authors. The Guinness Book of World Records also lists Stine as the best-selling children’s writer of all time.

For more information on booking R. L. Stine, please contact Booking Entertainment. One of our top booking agents will be happy to work on your behalf to get you the best possible price to book any big name entertainer for your upcoming public, private or corporate event worldwide.

Booking Entertainment works to get the best possible R. L. Stine booking fee and R. L. Stine price for our clients while also providing the celebrity or famous entertainer with the level of professionalism and industry norms that they expect from an event run by a professional booking agency and production management.

Booking Entertainment uses our agency / management relationships and over 25 years of production experience to help buyers of headline / top name entertainers and does not claim or represent itself as the exclusive R. L. Stine agent, manager or management company for any of the artists on our site.

Booking Entertainment does not claim or represent itself as the exclusive booking agency, business manager, publicist, speakers bureau or management for R. L. Stine or any artists or celebrities on this website.