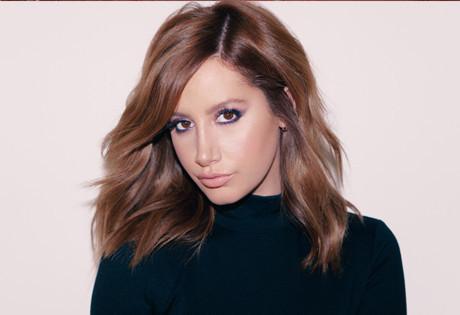 Start by filling out our no-obligation entertainment request form to check pricing and availability for Ashley Tisdale or whoever else you may want.

Our Ashley Tisdale agent will be happy to help you get Ashley Tisdale's availability and booking fee, or the price and availability for any other A-List entertainer, band, comedian or celebrity you may want for your corporate event, private party, wedding, birthday party or public show.

American actress Ashley Tisdale was born in 1985 in New Jersey. Ashley entered the world of entertainment at a very young age, when she was discovered by her manager at the age of three. Within a year, she was appearing in commercials and various print advertisements. At the age of eight, she landed a role in the touring version of the Broadway play Les Miserables, which led to a role touring with Annie during its productions in Korea.

By the early 2000’s, Ashley Tisdale had appeared in minor roles on various television shows, including 7th Heaven, The Hughleys, and Boston Public. But it was the recurring role of Maddie Fitzpatrick on the Disney series The Suite Life of Zack & Cody that became Tisdale’s big breakthrough, earning her a Best TV Actress at the 2007 Nickelodeon UK Kids’ Choice Awards. The role led to her big screen breakthrough, as Sharpay Evans in the Disney movie High School Musical, which went on to become the channel’s most-watched movie that year.

The role in High School Musical also launched Ashley Tisdale’s career as a vocalist; many of the songs featured on the soundtrack charted on the Billboard Hot 100, and Tisdale became the first female artist to debut two songs on the Hot 100 simultaneously (“Box to the Top” and “What I’ve Been Looking For.”) Ultimately, the musical earned six multiple Emmy Awards, launched the touring version of the film, and spawned two sequels.

In 2006, Ashley Tisdale signed with Warner Bros. Records as a solo artist, and her debut album, Headstrong, arrived in the following year. Headstrong spawned the hit single “He Said She Said” and rose to gold status, setting the stage for the follow-up album Guilty Pleasure (2009.) During this time, Ashley also began to voice the character of Candace Flynn on the Disney series Phineas and Ferb, and she also appeared on the series Hellcats in 2010 and 2011.

Ashley Tisdale continues to perform and record, and in addition to her work as actress, singer, and producer, she is an active supporter of a number of charitable endeavors, including the Make A Wish Foundation and Habitat for Humanity. Tisdale also recently announced plans for her next studio album, expected to arrive in the coming year.

For more information on booking Ashley Tisdale, please contact Booking Entertainment. One of our top booking agents will be happy to work on your behalf to get you the best possible price to book any big name entertainer for your upcoming public, private or corporate event worldwide.

Booking Entertainment works to get the best possible Ashley Tisdale booking fee and Ashley Tisdale price for our clients while also providing the celebrity or famous entertainer with the level of professionalism and industry norms that they expect from an event run by a professional booking agency and production management.

Booking Entertainment uses our agency / management relationships and over 25 years of production experience to help buyers of headline / top name entertainers and does not claim or represent itself as the exclusive Ashley Tisdale agent, manager or management company for any of the artists on our site.

Booking Entertainment does not claim or represent itself as the exclusive booking agency, business manager, publicist, speakers bureau or management for Ashley Tisdale or any artists or celebrities on this website.