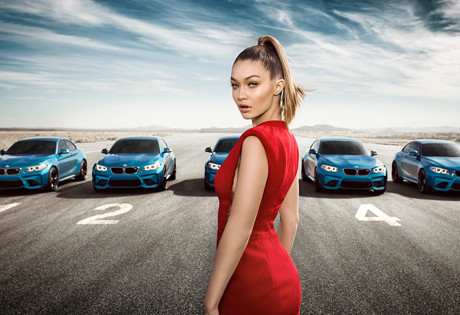 Start by filling out our no-obligation entertainment request form to check pricing and availability for Gigi Hadid or whoever else you may want.

Our Gigi Hadid agent will be happy to help you get Gigi Hadid's availability and booking fee, or the price and availability for any other A-List entertainer, band, comedian or celebrity you may want for your corporate event, private party, wedding, birthday party or public show.

The American fashion model Gigi Hadid was born in 1995 in California. Gigi grew up in Los Angeles, where her father worked as a real estate developer and her mother herself was a model. Gigi began modeling when she was still a toddler, starting with Baby Guess and a number of other children’s labels, until she began school.

After graduating, Gigi moved to New York City to pursue a full-time career as a model. She made her New York Fashion Week debut shortly after signing with IMG Models in 2013. In the year following, she modeled for Tom Ford, appeared on the cover of Galore magazine, and co-hosted the Daily Front Row’s Fashion Media Awards. By 2015, Hadid had built a reputation as one of the era’s up and coming models, and found herself in demand by major labels such as Michael Kors, Marc Jacobs, and Max Mara.

Gigi Hadid has spent the last few years continuing her rise to prominence in the modeling industry, gracing the covers of W Magazine, Teen Vogue, Harper’s Bazaar, Elle, and Vanity Fair, to name a few. Her catwalk appearances include those for high-profile designers such as Versace and Tommy Hilfiger, and regular appearances for the annual Victoria’s Secret Fashion Show.

Most recently, Gigi was tapped as the International Model of the Year by the British Fashion Awards. She continues her rise in the modeling industry, often appearing with her sister Bella Hadid, another rising star. In addition to appearing in print and on the runway, Gigi has also appeared on a number of television shows, including The Real Housewives of Beverly Hills, MaserChef, and Lip Sync Battle, and in music videos for a number of artists, including Zayn (“Pillowtalk”) and Taylor Swift (“Bad Blood.”)

For more information on booking Gigi Hadid, please contact Booking Entertainment. One of our top booking agents will be happy to work on your behalf to get you the best possible price to book any big name entertainer for your upcoming public, private or corporate event worldwide.

Booking Entertainment works to get the best possible Gigi Hadid booking fee and Gigi Hadid price for our clients while also providing the celebrity or famous entertainer with the level of professionalism and industry norms that they expect from an event run by a professional booking agency and production management.

Booking Entertainment uses our agency / management relationships and over 25 years of production experience to help buyers of headline / top name entertainers and does not claim or represent itself as the exclusive Gigi Hadid agent, manager or management company for any of the artists on our site.

Booking Entertainment does not claim or represent itself as the exclusive booking agency, business manager, publicist, speakers bureau or management for Gigi Hadid or any artists or celebrities on this website.