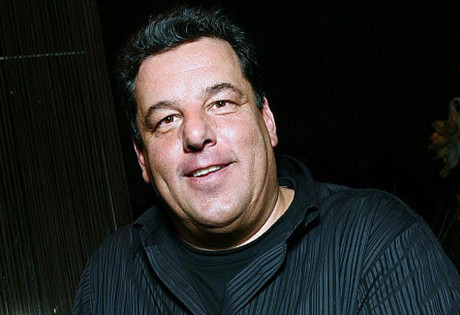 Start by filling out our no-obligation entertainment request form to check pricing and availability for Steve Shirripa or whoever else you may want.

Our Steve Shirripa agent will be happy to help you get Steve Shirripa's availability and booking fee, or the price and availability for any other A-List entertainer, band, comedian or celebrity you may want for your corporate event, private party, wedding, birthday party or public show.

Steve Schirripa was born in 1957 in Brooklyn, into an Italian American community. Long before he rose to fame as the character of Bobby Baccalieri on the hit HBO series the Sopranos, Steve had moved to Las Vegas as a young man, with no intention of ever pursuing a career in acting. But after being cast as an extra in the Scorsese film Casino, he discovered that he had a knack for the craft and he fell in love with the idea of pursuing it as a career.

The years following brought nearly twenty small roles in various films for Schirripa, including: Denial (1998), Fear and Loathing in Las Vegas (1998), The Runner (1999), Angel (1999), and Play it to the Bone (1999), but it was his breakthrough role on the small screen, in the Sopranos (2000) that firmly established Steve Schirripa’s career and made his face an internationally recognizable one.

Since that time, Steve Schirripa has enjoyed a number of roles in a variety of films, including: Must Love Dogs (2005), The Replacements (2008), Face the Ace (2009), and Brothers (2009), but he has also enjoyed a number of roles on the small screen as well. Between 2008 and 2013, Schirripa played the recurring character Leo Boykewich on The Secret Life of the American Teenager, and he currently hosts the true crime series television show Nothing Personal. Steve also serves in the role of the show’s executive producer.

Most recently, Steve Schirripa voiced one of the characters on the Nickelodeon series Nicky Deuce, alongside a number of his other former Soprano’s co-stars (including Tony Sirico and Michael Imperioli.) Schirripa’s latest film role is as Vito in Jersey Boys (2014.)

For more information on booking Steve Shirripa, please contact Booking Entertainment. One of our top booking agents will be happy to work on your behalf to get you the best possible price to book any big name entertainer for your upcoming public, private or corporate event worldwide.

Booking Entertainment works to get the best possible Steve Shirripa booking fee and Steve Shirripa price for our clients while also providing the celebrity or famous entertainer with the level of professionalism and industry norms that they expect from an event run by a professional booking agency and production management.

Booking Entertainment uses our agency / management relationships and over 25 years of production experience to help buyers of headline / top name entertainers and does not claim or represent itself as the exclusive Steve Shirripa agent, manager or management company for any of the artists on our site.

Booking Entertainment does not claim or represent itself as the exclusive booking agency, business manager, publicist, speakers bureau or management for Steve Shirripa or any artists or celebrities on this website.