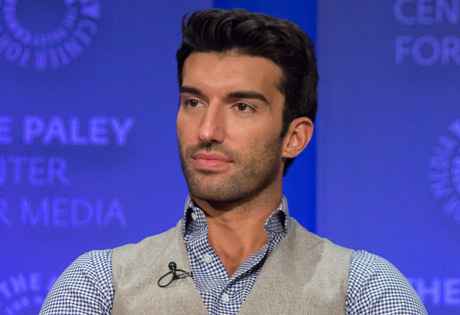 Start by filling out our no-obligation entertainment request form to check pricing and availability for Justin Baldoni or whoever else you may want.

Our Justin Baldoni agent will be happy to help you get Justin Baldoni's availability and booking fee, or the price and availability for any other A-List entertainer, band, comedian or celebrity you may want for your corporate event, private party, wedding, birthday party or public show.

American filmmaker and actor Justin Baldoni was born in 1984 in Los Angeles. Today, Justin is best known for his role as Rafael Solano on the hit series Jane the Virgin, but long before his rise to prominence, Bladoni spent his formative years growing up in Oregon, where he was an active athlete in high school. His winsome personality led to a number of friends and family recommending he consider pursuing a career in entertainment. After a few years working as a disc jockey at a local radio station, Justin decided to try and take his personal talents one step further.

Blending his interest in music and filmmaking, Justin first gained recognition as the producer and director of an award-winning music video. He then created the digital documentary series My Last Days in 2012, which featured individuals nearing the end of their lives reflecting back on the values of life. The series was eventually picked up by the CW network for its second season and was highly praised for its mature handling of a very sensitive subject. Clearly, Baldoni was demonstrating talents beyond his years.

At the same time, Justin was starting to gain recognition for his acting talents after a number of small roles in films such as: The House Bunny, Unrequited, Con Man, Not Today, and A Fine Step. He also appeared on the small screen in series such as: CSI: Miami and CSI: New York, The Suite Life of Zack & Cody, Heroes, The Bold and the Beautiful, and Happy Endings. His big breakthrough, however, came when he first appeared in the role of Rafael Solano on Jane the Virgin, which he began in 2014.

Since that time, Justin Baldoni has continued as a rising star in the entertainment industry, both in front of and behind the camera. Notable recent projects include the talk show, Man Enough; the CBS Film Five Feet Apart; and an upcoming film exploring the life of musician Zach Sobiech, It Ends with Us. Most of his projects are launched through his own production company, Wayfarer Entertainment, which he founded in 2013 and is today a multi-million dollar corporation.

For more information on booking Justin Baldoni, please contact Booking Entertainment. One of our top booking agents will be happy to work on your behalf to get you the best possible price to book any big name entertainer for your upcoming public, private or corporate event worldwide.

Booking Entertainment works to get the best possible Justin Baldoni booking fee and Justin Baldoni price for our clients while also providing the celebrity or famous entertainer with the level of professionalism and industry norms that they expect from an event run by a professional booking agency and production management.

Booking Entertainment uses our agency / management relationships and over 25 years of production experience to help buyers of headline / top name entertainers and does not claim or represent itself as the exclusive Justin Baldoni agent, manager or management company for any of the artists on our site.

Booking Entertainment does not claim or represent itself as the exclusive booking agency, business manager, publicist, speakers bureau or management for Justin Baldoni or any artists or celebrities on this website.