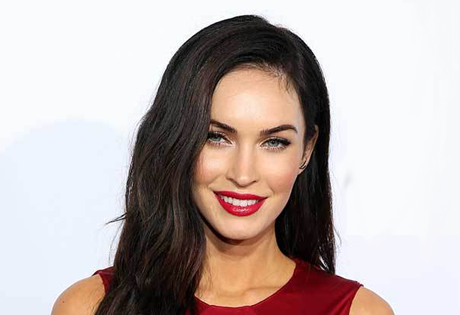 Start by filling out our no-obligation entertainment request form to check pricing and availability for Megan Fox or whoever else you may want.

Our Megan Fox agent will be happy to help you get Megan Fox's availability and booking fee, or the price and availability for any other A-List entertainer, band, comedian or celebrity you may want for your corporate event, private party, wedding, birthday party or public show.

American actress and model Megan Fox was born in 1986 in Tennessee. Fox spent her early childhood in the Oak Ridge area, raised mainly by her mother and stepfather in a fairly strict and religious household. After moving to St. Petersburg, Florida as a teenager, Megan began to study music and dance, eventually winning a number of talent and modeling competitions.

By the age of seventeen, Fox had finished high school early and moved to Los Angeles to pursue a career as an actress. Early roles for Megan include a guest-starring role on Two and a Half Men and What I Like About You. Her film debut, in Confessions of a Teenage Drama Queen, came in 2004, but it was her role as Mikaela Banes in the action film Transformers that finally became Fox’s big breakthrough in 2007.

Since Transformers, Megan Fox has been enjoying a career on the rise and multiple roles in a variety of films, including: Jennifer’s Body (2009), Jonah Hex (2010), Friends with Kids (2011), This Is 40 (2012), and the Teenage Mutant Ninja Turtles franchise, in which she appears as April O’Neil. Fox also reprised her role in the Transformers sequel, Transformers: Revenge of the Fallen, in 2009. She also appeared on the television series New Girl for two seasons between 2016 and 2017.

Today, Megan Fox has grown to become one of the era’s most recognizable sex symbols, with recognitions from the Teen Choice Awards for “Choice Female Hottie” multiple years in a row. She is next scheduled to appear as Soledad Paladin in the film Zeroville, scheduled for release in mid 2018.

For more information on booking Megan Fox, please contact Booking Entertainment. One of our top booking agents will be happy to work on your behalf to get you the best possible price to book any big name entertainer for your upcoming public, private or corporate event worldwide.

Booking Entertainment works to get the best possible Megan Fox booking fee and Megan Fox price for our clients while also providing the celebrity or famous entertainer with the level of professionalism and industry norms that they expect from an event run by a professional booking agency and production management.

Booking Entertainment uses our agency / management relationships and over 25 years of production experience to help buyers of headline / top name entertainers and does not claim or represent itself as the exclusive Megan Fox agent, manager or management company for any of the artists on our site.

Booking Entertainment does not claim or represent itself as the exclusive booking agency, business manager, publicist, speakers bureau or management for Megan Fox or any artists or celebrities on this website.