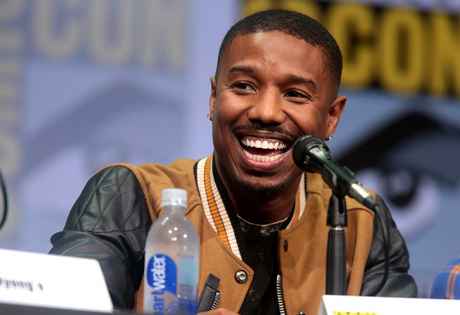 Start by filling out our no-obligation entertainment request form to check pricing and availability for Michael B Jordan or whoever else you may want.

Our Michael B Jordan agent will be happy to help you get Michael B Jordan's availability and booking fee, or the price and availability for any other A-List entertainer, band, comedian or celebrity you may want for your corporate event, private party, wedding, birthday party or public show.

Michael B. Jordan is an American actor born in 1987. He was born in Santa Ana, California, before moving to Newark, New Jersey for the rest of his childhood. He would begin working as a child model for companies such as Toys R Us and eventually branch into television with roles on Cosby and The Sopranos.

Michael B. Jordan had his breakout role in 2002 on the HBO program The Wire and later starred in the program All My Children from 2003 to 2006. He would continue on television for quite some time until he broke out into film with his role in the 2012 film Chronicle. The next year he starred as the lead in Fruitvale Station to critical acclaim and joined the Creed series in the Rocky franchise and Marvel’s Black Panther in 2017.

Michael has received critical acclaim in both television and film since his role in All My Children. His role in 2013’s Fruitvale Station would go on to make him a star and see him win the Satellite Award for Breakthrough Performance. He would win the 2015 NAACP award for Outstanding Actor in a Motion Picture for Creed, and his role in Black Panther is listed among some of the best villain portrayals of the 2010s.

Michael B. Jordan recently starred in the film Just Mercy and the television program Raising Dion.

For more information on booking Michael B Jordan, please contact Booking Entertainment. One of our top booking agents will be happy to work on your behalf to get you the best possible price to book any big name entertainer for your upcoming public, private or corporate event worldwide.

Booking Entertainment works to get the best possible Michael B Jordan booking fee and Michael B Jordan price for our clients while also providing the celebrity or famous entertainer with the level of professionalism and industry norms that they expect from an event run by a professional booking agency and production management.

Booking Entertainment uses our agency / management relationships and over 25 years of production experience to help buyers of headline / top name entertainers and does not claim or represent itself as the exclusive Michael B Jordan agent, manager or management company for any of the artists on our site.

Booking Entertainment does not claim or represent itself as the exclusive booking agency, business manager, publicist, speakers bureau or management for Michael B Jordan or any artists or celebrities on this website.