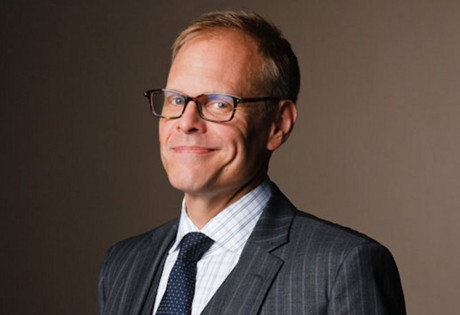 Start by filling out our no-obligation entertainment request form to check pricing and availability for Alton Brown or whoever else you may want.

Our Alton Brown agent will be happy to help you get Alton Brown's availability and booking fee, or the price and availability for any other A-List entertainer, band, comedian or celebrity you may want for your corporate event, private party, wedding, birthday party or public show.

The American television personality Alton Brown was born in 1962 in Los Angeles, California. Today, Brown is known as the host of multiple Food Network shows, but long before he found his niche in the culinary world, Brown graduated from the University of Georgia with a major in film studies. After spending the 1980’s and 1990’s working in film, often as a cinematographer, he enrolled in the New England Culinary Institute with a plan to change the quality of cooking shows on television.

After graduating from the institute in 1997, Brown launched the television show Good Eats, first on PBS in Chicago, and then later on the Food Network in 1999. Good Eats became known for Alton Brown’s practical approach to various cooking “devices,” and his emphasis that most of them were simply glorified hardware store items re-packaged and marketed. The show was an enormous success, lasting for fourteen seasons and earning Brown a Peabody Award and a James Beard Award for Best T.V. Food Journalism.

Since Good Eats, Alton Brown has gone on to produce and host such well-known shows as Iron Chef America, The Next Iron Chef, Feasting on Asphalt, and Cutthroat Kitchen. Brown has also served as a mentor on The Next Food Network Star and appeared on a number of other shows as a guest, including MythBusters and The Layover.

Alton Brown has earned multiple awards for his contributions to culinary television. In addition to his Peabody, Brown has also been named Cooking Teacher of the Year by Bon Appetit magazine; Best Food Guru by Atlanta Magazine; and Best TV Food Personality by the James Beard Foundation. Brown’s multiple books (including his “I’m Just Here for the Food” and “Good Eats” series), have all been bestsellers.

Alton Brown continues to host and produce various food-oriented television shows for the Food Network. Since 2013, he has also hosted his own podcast, The Alton Browncast. Brown’s most recent book, EveryDayCook, was published in 2016.

For more information on booking Alton Brown, please contact Booking Entertainment. One of our top booking agents will be happy to work on your behalf to get you the best possible price to book any big name entertainer for your upcoming public, private or corporate event worldwide.

Booking Entertainment works to get the best possible Alton Brown booking fee and Alton Brown price for our clients while also providing the celebrity or famous entertainer with the level of professionalism and industry norms that they expect from an event run by a professional booking agency and production management.

Booking Entertainment uses our agency / management relationships and over 25 years of production experience to help buyers of headline / top name entertainers and does not claim or represent itself as the exclusive Alton Brown agent, manager or management company for any of the artists on our site.

Booking Entertainment does not claim or represent itself as the exclusive booking agency, business manager, publicist, speakers bureau or management for Alton Brown or any artists or celebrities on this website.